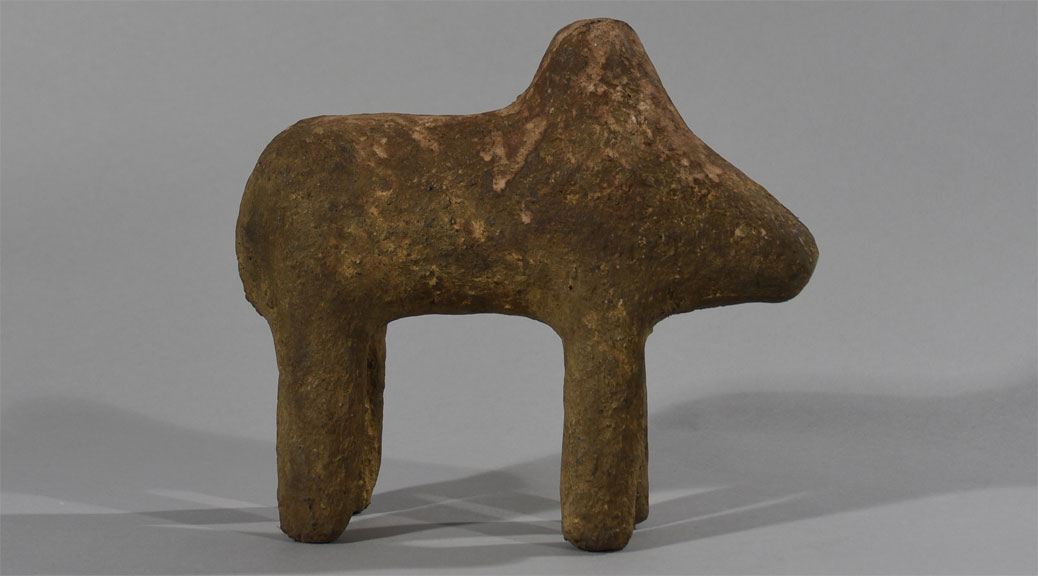 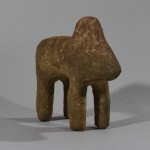 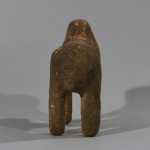 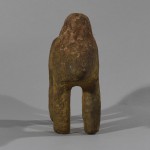 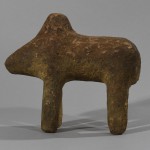 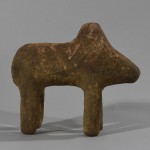 This fine and exceptionally well-preserved Watiriwa or Makongoba, zoomorphic four-legged ritual object, called a Boli (pl. boliw), once played a central role in the ritual life of a Bamana village. Such power objects were owned by male initiation associations whose members progress through induction processes that span decades. Over time, they attain esoteric knowledge that leads to a greater understanding of the natural and spiritual worlds. Opaque and mysterious to the uninitiated eye, boliw are safely handled only by those association members equipped with the most rarified skills and expertise.

Boliw and their numerous ingredients have been interpreted in a number of different ways. It has been suggested, for instance, that the disparate elements of which boliw are composed symbolize the various parts of the universe, so that the whole can be read as a model of Bamana cosmological belief. It has also been noted that the boliw’s sacrificial coatings are strikingly similar to the undigested contents of human stomachs, while the interiors of the boliw are made of materials generally associated with the body’s exterior. For this reason, they have been interpreted as portrayals of animals and people turned inside out. While this example takes a vaguely bovine form, others are more representative of recognizable subjects, including human figures. (Sources: A History of Art in Africa and Africa and Africa – The Art of A Continent).

To examin this boli the Danish National Museum experts are very cautious in determining time of the effects deposited for examination. With regard to this Boli, the X-ray Recording shows that it mainly consists of organic materials, and a few ‘metal objects.’ The organic materials appear in many layers and occurring over a long time in connection with ritual ceremonies. By contrast, the age of these ‘metal elements’ is more accurate; the museum’s metal experts can determine that they are ‘metal nails’, which are manufactured in France around 1840-1880.

Condition: Shape and appearance is in exceptionally good condition. Fine smooth surface without wounds or scratches.