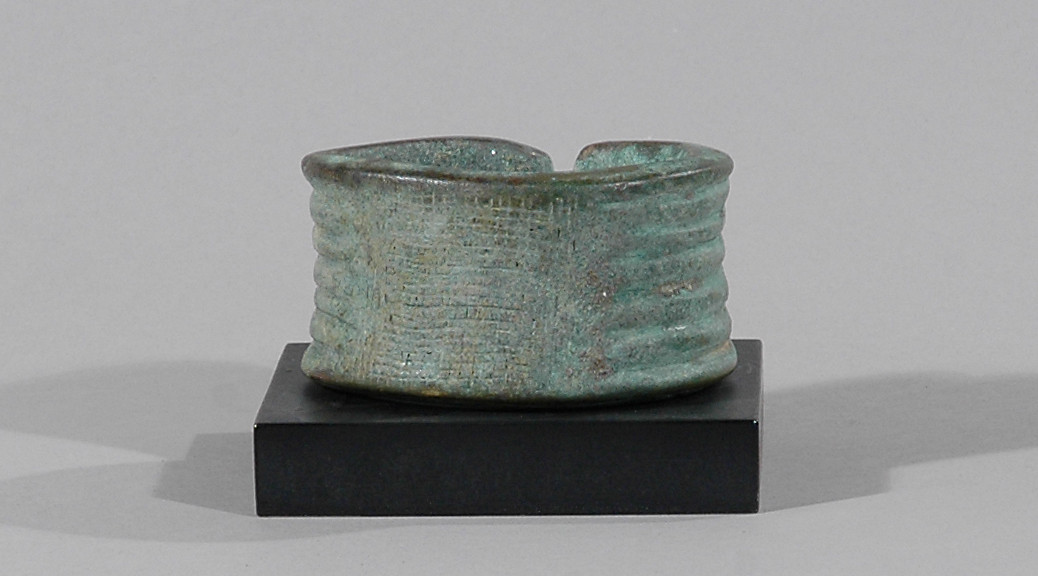 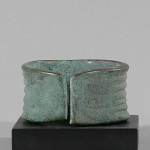 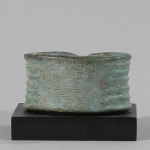 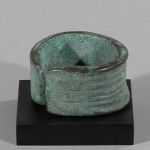 This is a beautiful 14th Century Bronze Bracelet made by the Djenne people in Mali. The Djenne civilization dates to the 12th to 16th centuries. Objects from this period are quite rare. The bracelet has a green patina. This bracelet is a funerary piece, buried with its owner, and as you can see from its patina was dug from the ground and retains its archeological patina.

Djennè is a town in the inland Niger Delta region of Mali. At the height of its popularity it had a population somewhere around 10,000. Djenne is often referred to interchangeably as both a city and people; and it is safe to say the Djenné were the first and probably most important of the inland Niger Delta civilizations to be discovered by the west. The city was originally founded around 800 A.D. Later, it became an important Islamic cultural center as well as a center of trans-Saharan trade, which included goods such as salt, gold and slaves.

The Djennè peoples made bronze and terra cotta objects as early as the eleventh or twelfth century. And this piece was crafted using lost wax methodology, which most likely made its way to western, sub-Saharan Africa from the Arab world, just like horses and Islamic beliefs. It is equally likely the owner of this figure was not a convert to Islam because of the prohibition on figurative art. It could very well be, albeit conjecture, that the owner of this piece was a trader or merchant of some sort, perhaps someone engaged in the remnants of the trans-Saharan trade, which persisted because of small population centers servicing the indigenous, tribal populations of the region.