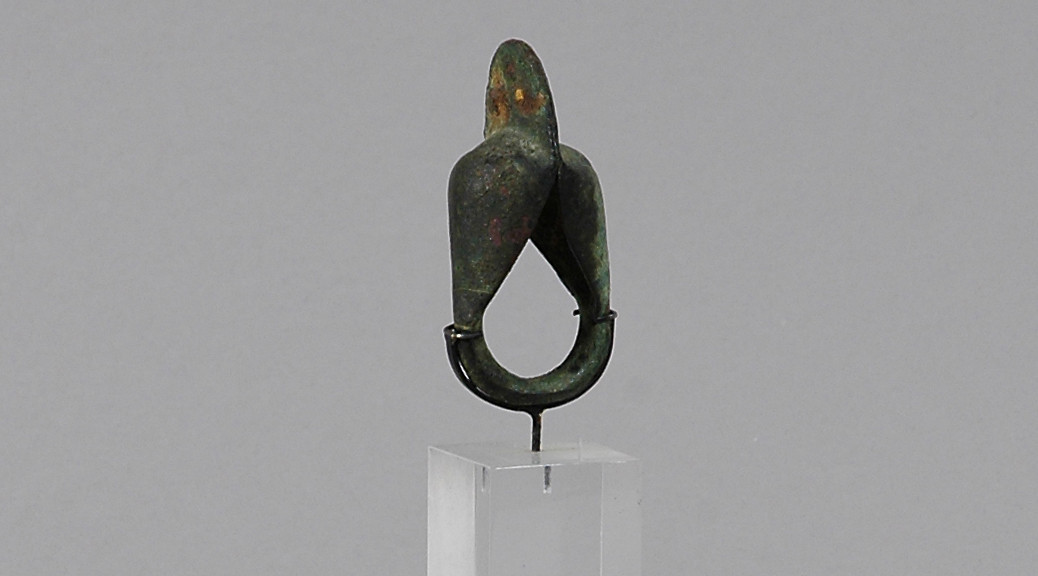 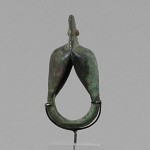 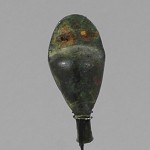 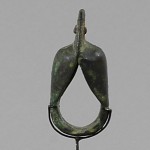 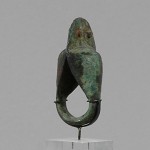 This Djenne Ring was made by the Djenne people in Mali, and is most likely a funerary piece, buried with its owner, and as you can see from its appearance it was dug from the ground and retains its archeological patina.

Provenance: From a private Danish collection.