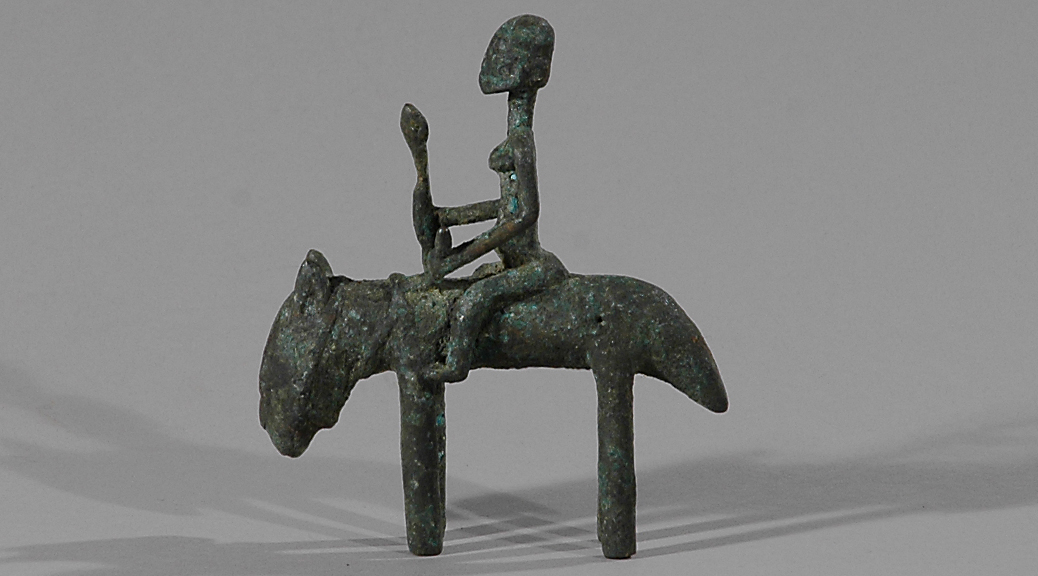 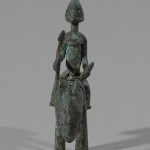 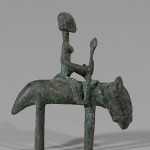 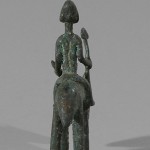 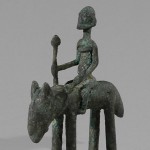 This cast equestrian figure expresses status, prestige and power. It would bring honor to the ancestors, the current leadership and the owner of the sculpture. Although rare, horsemen as icon have existed for 1000 years in Mali. Some would depict a hogon, the supreme officeholder, a semi-divine leader of great wisdom, or even a mythological emissary from a distant land.

The Dogon are best known for their extensive carving of masks and wooden figurative art. The primary colors used by the Dogon are usually red, black, and white, and popular patterns include spirals and checkerboard motifs, both of which can be traced to their origin stories.
Early history is informed by oral traditions, which claim that the Dogon originated from the west bank of the Niger River (10th to 13th centuries). They emigrated west to northern Burkina Faso, where local histories describe them as kibsi. Around 1490, they fled a region now known as the northern Mossi kingdom of Yatenga when it was invaded by Mossi calvary. They ended up in the Bandiagara cliffs region, safe from the approaching horsemen. Carbon-14 dating techniques used on excavated remains found in the cliffs suggest that there were inhabitants in the region before the arrival in the Dogon, dating back to the 10th century. Those Dogon who did not flee were incorporated into Mossi society and were known as the nyonyose, or descendants of the first inhabitants.