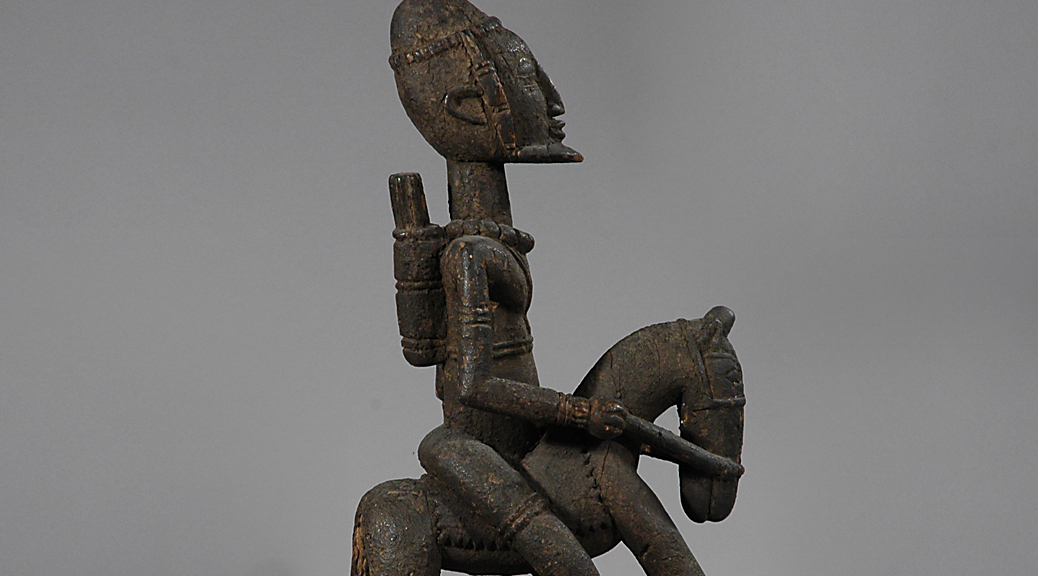 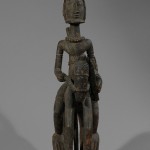 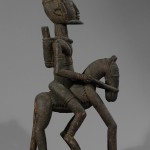 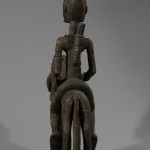 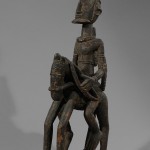 This rare equestrian figure is aquired from a Belgian private collection.

Dogon figures showing horses and riders depict prestige and power surrounding an animal that has been associated with these qualities since it was introduced into West Africa more than a thousand years ago. In Dogon society, horses were generally considered a luxury reserved for rich or powerful people. Horses occur in Dogon beliefs about the creation of the world and the horse and rider figures are seen as a symbol of a mythological personage.

The horse and rider figures theme is a common one found throughout the art of the Western Sudan, and is often seen in sculpture of the Senufo and Bamana who neighbor the Dogon.

Few places in the African contingent have been able to preserve their mythological figures as well as in Mali, especially the Dogon people.  It is due to the fact that a tradition arose to hide the ‘figures of ancestors’ in rock caves which were carved into the steep sandstone cliffs. Here they built scaffolding and carved and dug caves hiding their ancestral figures and their belongings. The caves were carefully closed which prevented then from being discovered and additionally protecting them from wind, weather and insects and other destructive effects.

The first Western scientists to visit and study the Dogon people were French anthropologists Drs Marcel Griaule and Germaine Dieterlen, who initially contacted them in 1931 and continued to study these caves (graves) for the next three decades, culminating in a detailed study conducted between 1946-1950. During their work, these anthropologists documented Dogon’s traditional mythology and sacred beliefs, which i.a. included an extraordinary ancient story about Sirius, the glorious, distant dog star.

Age: Estimated to be late 19th century or earlier.

Condition: Despite age and diligent use, this ancestor, equestrian figure is in an exceptionally good condition. The surface is marked by many years of residence in a – sometimes – damp cave.

Literature:
“African Art of the Dogon: The Myths of the Cliff” –  Author: Jean Laude
Art of the Dogon: Selections from the Lester Wunderman Collection – Author: Kate Ezra
Contributor: Metropolitan Museum of Art, 1988: Original from: the University of Michigan.