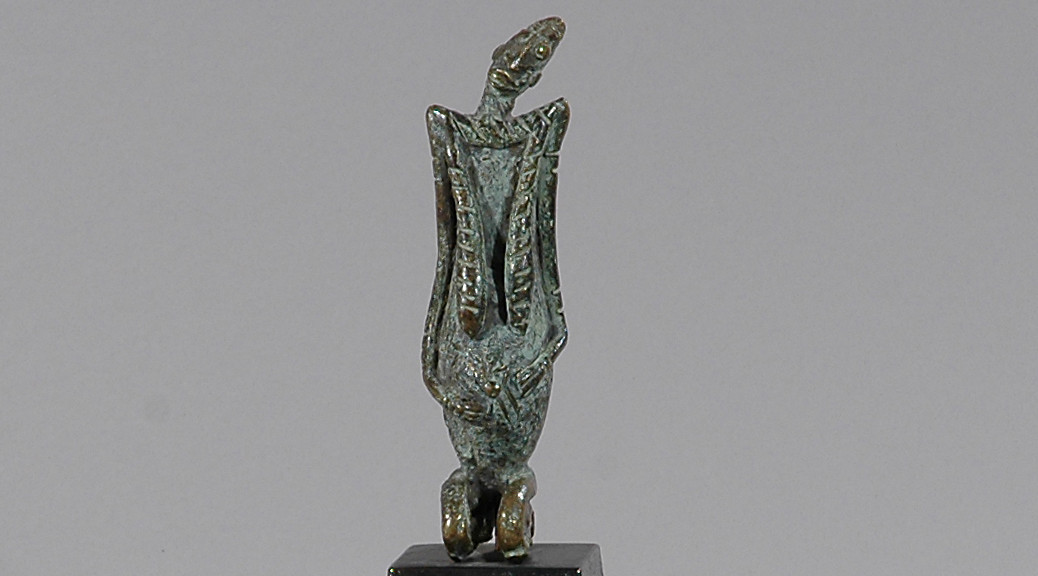 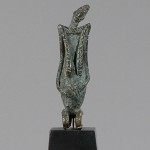 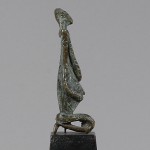 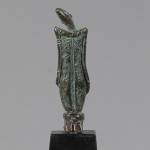 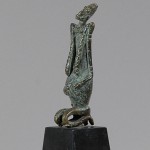 This kneeling figure with its head tilted, which emanates thoughtfulness, may represent an ancestor and a Hogon and was placed on a family altar or kept in the shrine of the village priest. There they would make offerings to infuse them with life force to assist humans on earth and to intercede with the deities.

A hogon is a religious figure as well as a temporal authority and has a key role in village rituals and in ensuring fertility and germination. The hogon may be hereditary or may be chosen from among the village elders – custom varies from place to place. The hogon is always a man. After being chosen, a hogon must pass through several months without washing or shaving. After initiation, he wears a red cap, and a pearl bracelet. Hogon live alone and should be celibate, but a village girl may act as a maid. Nobody should touch the hogon.