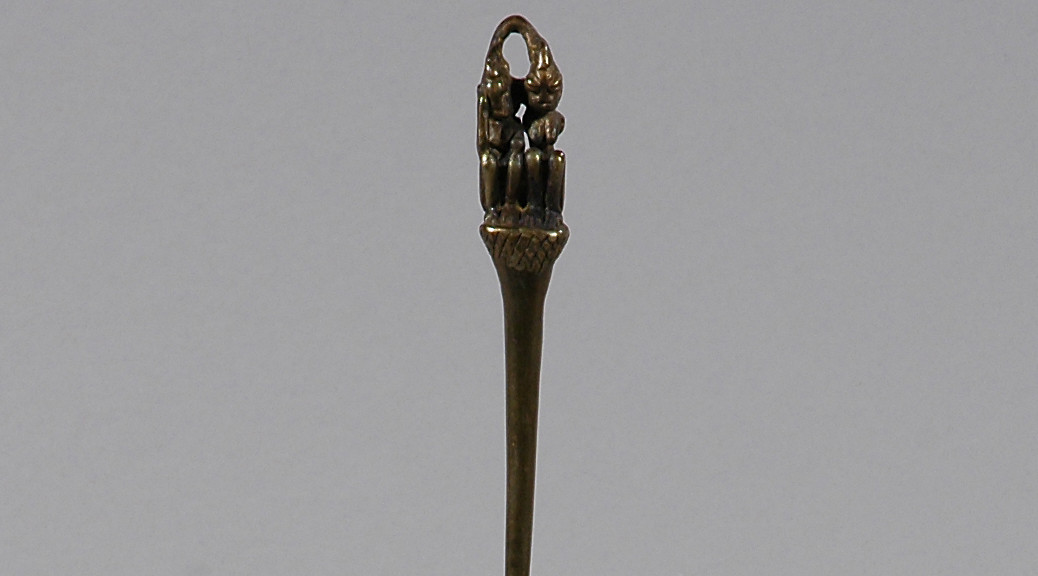 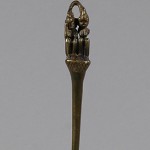 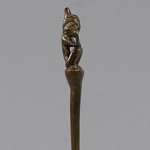 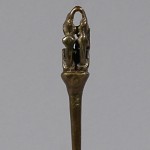 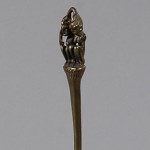 This fine old bronze hairpin from the Dogon tribe in Mali shows a seated couple symbolically connected to each other.
The Dogon are famous for depicting the human form with an ovoid head and squared; characteristics seen in this remarkable pin.
This pin is a fine example of Dogon art; and as such, represents a style that greatly influenced the art of the West. The characteristic Dogon figure are in a seated position, hands placed firmly on their knees. Their backs are very straight and they appear to be bound at the elbows.