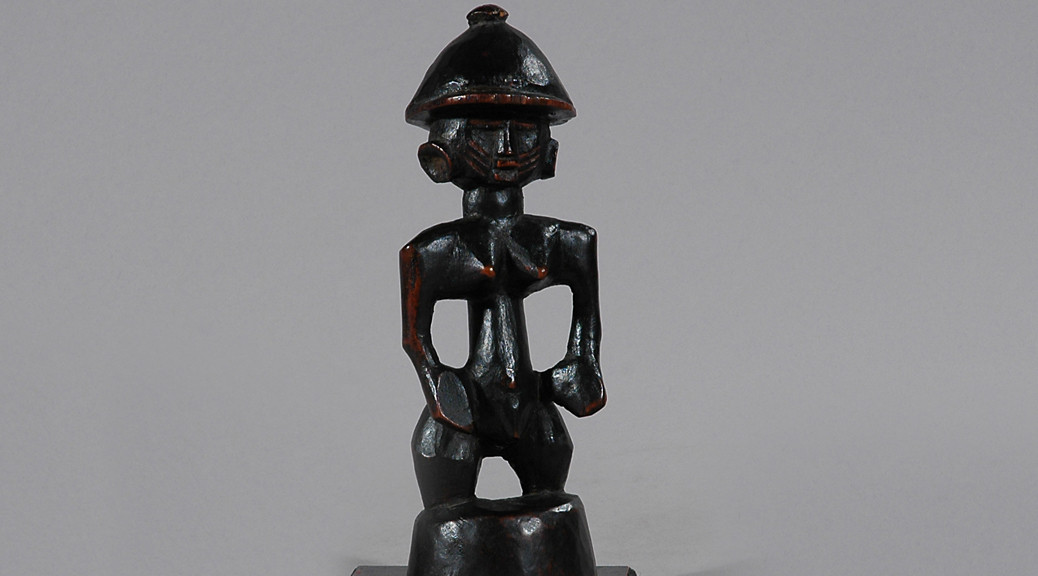 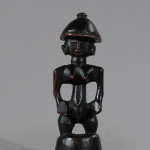 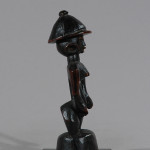 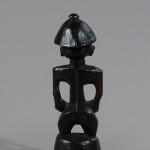 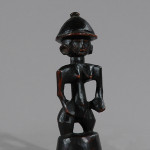 This extraordinary figure carved in black patina wood has schematized forms of body and face. It is carved with bracelets and necklace and a striking hat of Sudanic origin. The broad hat identifies the figure as a champion cultivator “sambali”, a title given to those whose strength, perseverance and willingness to endure pain during countless hoeing contests have earned them the most prestigious honour a man can achieve. The figure would have belonged to a woman “sando” diviner as a luxury sculpture, for praise the tutelary spirits strength and superior powers.

The art of the Senufo was some of the earliest recognized and collected in Europe and French colonial authorities recognized the quality of the objects and brought them back to France where artists and others of the avant-garde began collecting Senufo art. This figure has all the hallmarks of a classic Senufo sculpture in terms of details and the appearance of a well-used surface of the figure.

Figures such as this may have been commissioned by the male or the female ‘Tykpa’ (Tykepa) Society, both which were concerned with initiations and funerals of women. He may also have been a Yasungo, a shrine figure or one of a male-female pair representing the first couple known as ‘Kasingele’. The face is carved with great sculptural awareness indicating a relatively new initiate into men’s society activities.