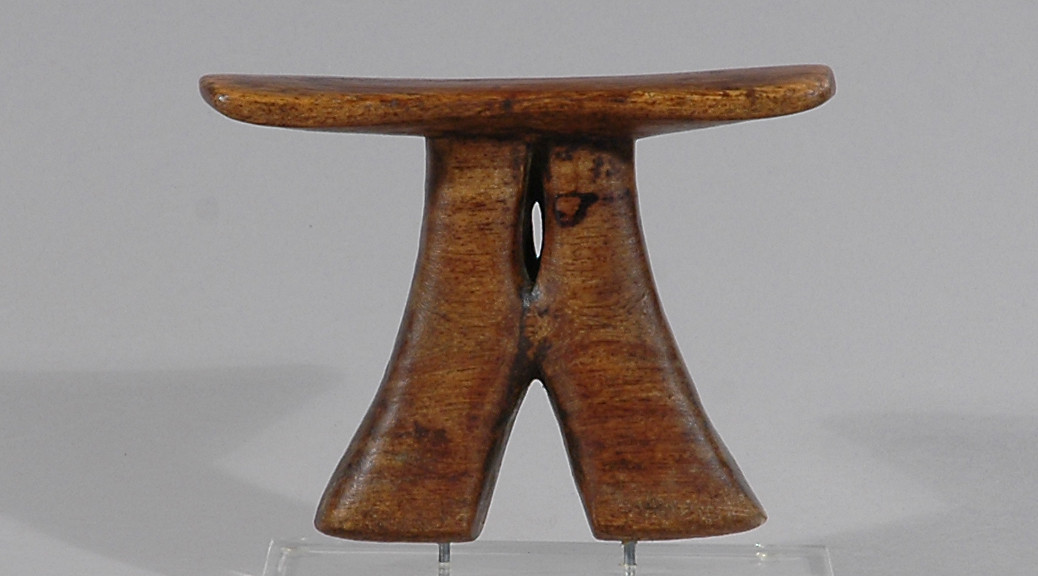 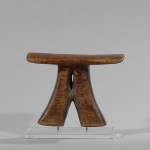 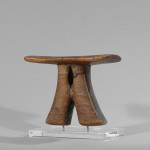 This ‘two-legged’ stool/headrest is from the Nguni tribe and is typical for a headrest/stool belonging to a man / woman who shepherd cattle. It is made in a form so that it is hard to keep balance and therefore preventing him from falling into a deep sleep. It is made from one piece of wood and it has a beautiful patina from age and much use.

The Nguni is the collective name for a major group of Bantu-speaking peoples belonging to the Negroid racial group of Africa living in the summer-rainfall areas between the Drakensberg and the Indian Ocean and along a broad belt from Swaziland through Natal southwards into the Transkei and Ciskei. The Northern Nguni comprise the Swazi, Zulu, and Ndebele peoples of the highveld; and the Southern Nguni include the Xhosa, Thembu, Bomvana, Mpondo and Mpondomise.

Nguni culture
Their traditional material culture continues to exist, but many changes have taken place during the last two hundred years that have done much to alter it. New objects and materials have been introduced, mechanical transport has brought ease and speed of movement, wild animals and foods have become scarce, Christian missionaries have influenced clothing and taught new skills and white government has promulgated laws which have fundamentally changed the mode of living. Bearing in mind these accelerating changes, this page concerns their traditional culture.

Provenance: Bought by a Danish collector from a Belgium art gallery in 1998.