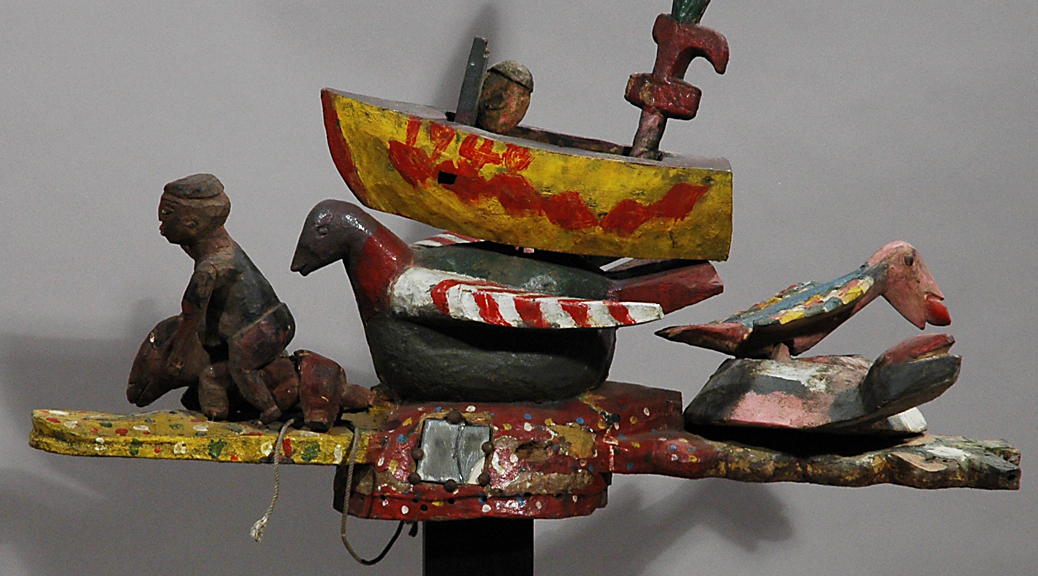 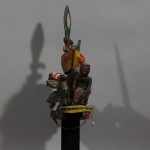 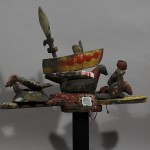 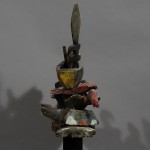 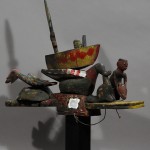 It is rare to experience such an imaginative head adornment like this Ijo (Ijaw) Water Spirit Headdress. The whole setup with mirror, birds, marine and a horse rider shows the imagination and creativity to honor and to celebrate the “water-related” ethos and the “warrior”.

An intricate maze of rivers and islands cuts across southern Nigeria’s Niger Delta, a region subject to floods, tides, and tropical downpours that continually alter its geography. While these waterways serve to separate the many ethnic group’s dwelling in this aqueous environment—each with its own unique cultural traditions and often its own language—they have also been employed as routes of transmission and trade. Delta’s men and women traversed the region in canoes long before the Portuguese arrived at its shores in the fifteenth century. Their ideas and art forms—including some of the largest wood sculptures and most vibrant masquerades in all of Africa—traveled with them, being adopted, adapted, and sometimes appropriated in the process. European influence has also been keenly felt, and Western artifacts and articles of dress appear in shrines, regalia, and masquerades.

“The horizontal headdresses worn by the Ijo (or Ijaw) people are some of the rarest in Africa. They are used duriung water-spirit festivals prior to the rainy season and often depict aspects of marine life: fish, aquatic fantasy creatures and occasionally boats.” (Quotation by Martha G. Anderson and Philip M. Peek; “Ways of the River”).

They are worn horizontally in dances. The headdresses first appear as ‘floating on the surface of water’ in a masquerade where dancers metaphorically emerge from out-of-the depths of the water and perform on dry land. The central head is skull-like, recalling the head-hunting days of the neighboring, influential, and aggressive, Ijo people.

Provenance: Private Danish collection – Initially purchased at an auction in Paris in the 1970s.

Literature: Martha G. Anderson and Philip M. Peek: “Arts and Environment of the Niger Delta.” With a highly similar example illustrated on p.215.