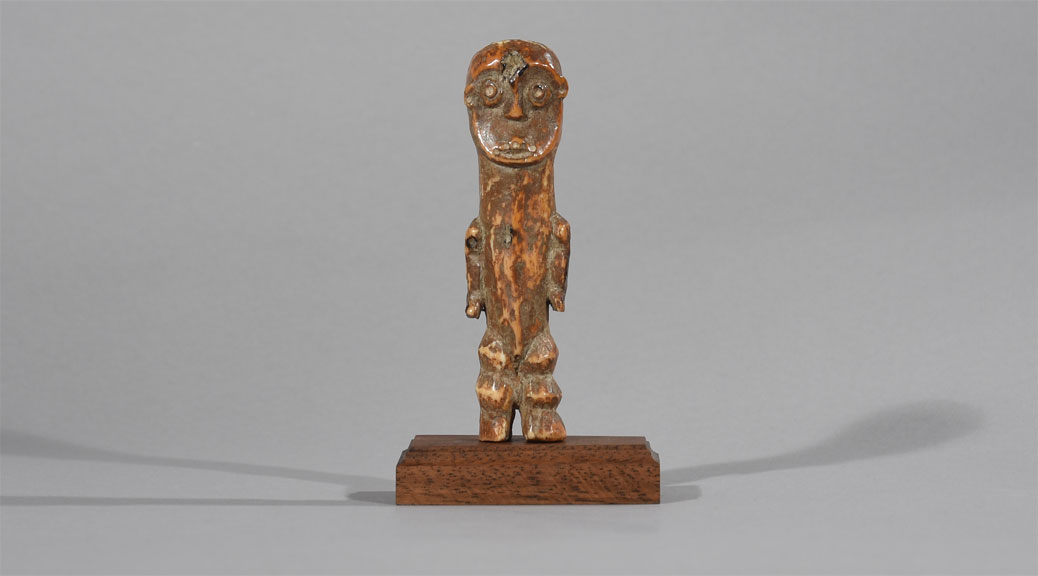 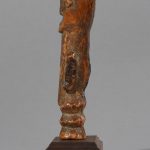 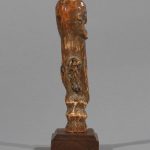 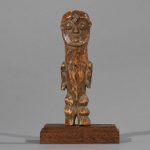 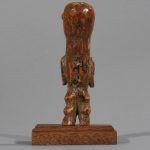 This magnificent antique Iginga ivory male statue, with arms at his side, splayed legs and heart shaped face in glossy golden dark honey colored patina, is a perfect and individual property of the initiated association Bwami. Some of these anthropomorphic figures are also called ‘kalimbangoma’.    Each member of Musagi wa Kindi, a sublevel of the highest Bwami rank.

Without information from the exact time and meaning of the finding of the figure, it is unfortunately difficult to identify its specific meaning and background. More generally, all initiated lutumbo lwa kindi have at least one statue of this type obtained at the time of his accession to this very high rank. According to Biebuyck (in Tervuren, 1995: 381), these statues were most often inherited by a deceased parent after being shown on his grave. Each is associated with a particular aphrodisiac virtuousness. They “remember the virtues of past generations, they maintain rules and moral, social, legal and philosophical norms defended by their predecessors; they are the relations between the former generations and the present [and ultimately constitute] sacra, sacred objects, filling vital force.”
References: ‘Art of the Lega’.

Condition: This figure is, despite age and diligent use, in a fine condition. Besides the small ‘natural’ cracks that are almost always found in ivory material there is no damage or swath in the figure.

Age: Est. end. 19th to early 20st century. According to the heirs of the former owner, the figure was collected before 1930.