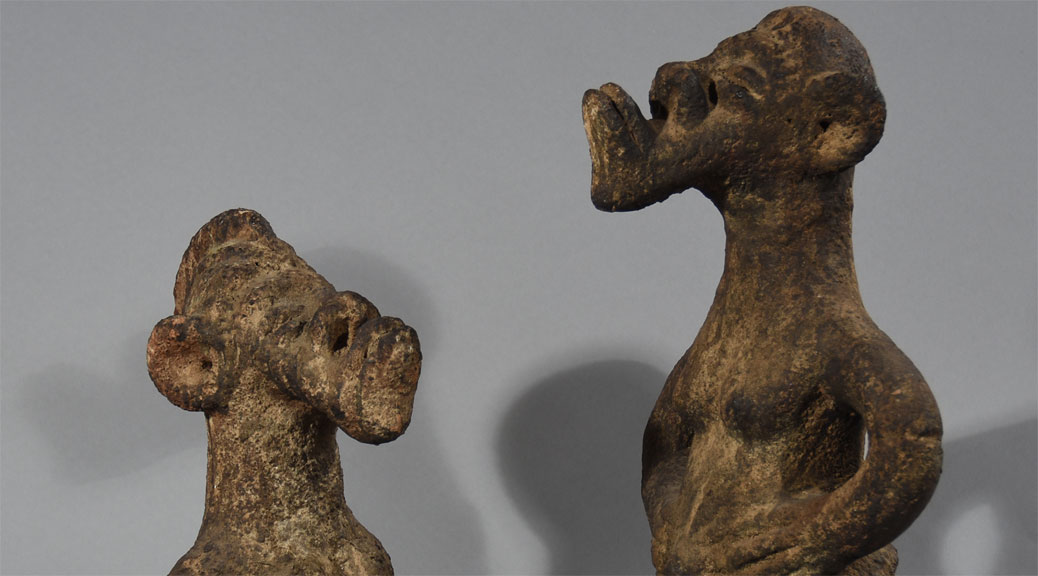 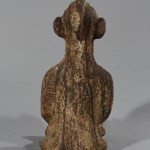 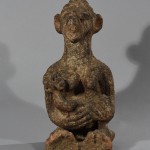 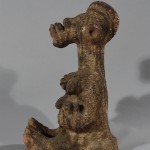 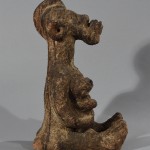 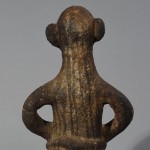 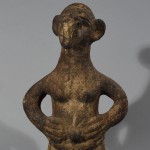 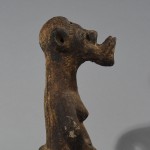 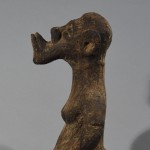 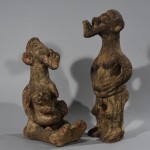 This grotesque, but beautiful couple depicts a mother holding a child and the proud father from the Lobi Tribe, Burkina Faso. The meaning and use of theese incredible fetish/power figures are unknown, as similar examples to our knowledge have not been collected. Theese figures are made of hard-packed and hard-burned clay and done in a very artistic expression.

The Lobi tribe is known for their creations of humanlike shrine/fetish figures of terracotta that embody beneficent bush spirits, but it is unknown if that is the function of this piece. The pieces are literally an enigma – there is simply nothing with which to compare it. Given its considerable age, we will probably never know more about it.

According to the myth around the Lobi culture, in a ‘metaphorical Garden of Eden at one with God’, men started fighting with each other over women.  As a result, God turned his back on them, but not wanting them to be completely forlorn; he sent to them the Thil (supernatural spirit), to take care of his people. Each family compound has at least one presiding Thil, to which a shrine is built under the direction of a diviner, housing vessels, abstract iron figures and Bateba, stone, wood or terracotta figures, which are believed to embody the Thil spirits. The Bateba thus acts as an intermediary between the family community and the spirits.

Condition: Despite the advanced age in a remarkably good condition without any noticeable scratches or damage.