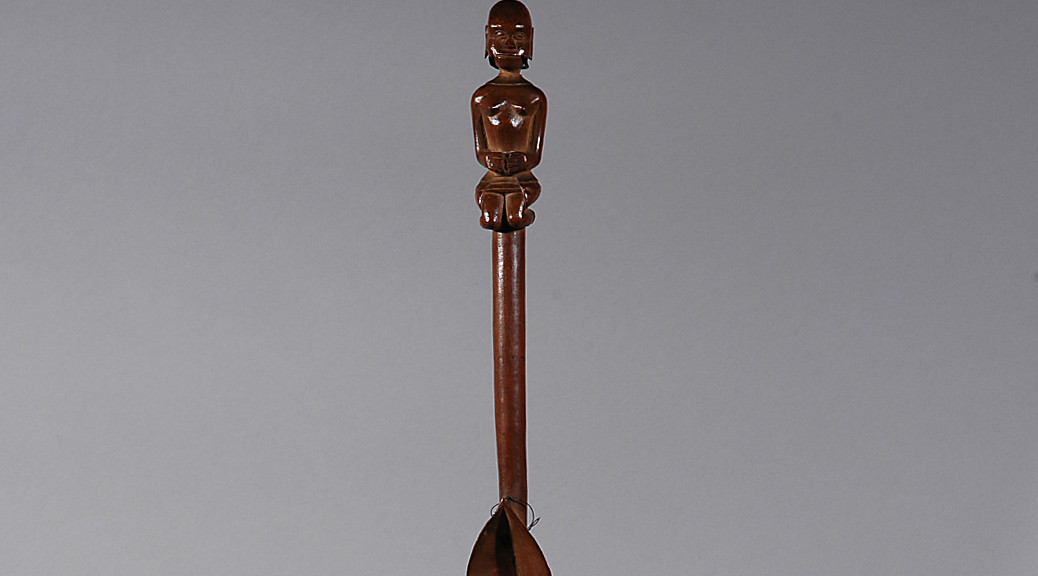 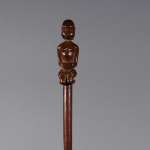 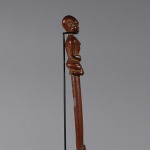 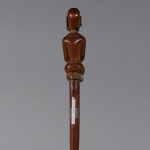 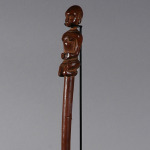 This fine and well carved spoon is from the Kamba tribe, also called the Akamba, which is a Bantu ethnic group residing in the semi – arid Eastern Province of Kenya. Their homeland stretches east from Nairobi towards the Tsavo and Northeast to Embu.

Evidence suggests that this traditional Kamba carved spoon may be traced back to one man, Mutisya Munge. He was a Kamba tribesman from the Wamunya location of Machakos who even before the First World War was well known as a skilled carver of ceremonial sticks. Munge joined the army in 1914 and served with the Carrier Corps in Tanganyika. At this time he started producing carvings of Askaris and African people in traditional dress with the express purpose of selling them to Europeans. On his return home after the War he devoted himself solely to carving such works which were popular with the many newly-arrived Europeans in the colony. Initially members of his family assisted him in meeting the demand, and later men from neighboring communities also started producing carvings. The boom in tourism after the Second World War resulted in a proliferation of carvers working for local markets as well as for export to other African countries, and in the present day the Kamba carvers continue to produce vast quantities of carvings for sale to tourists in East Africa.