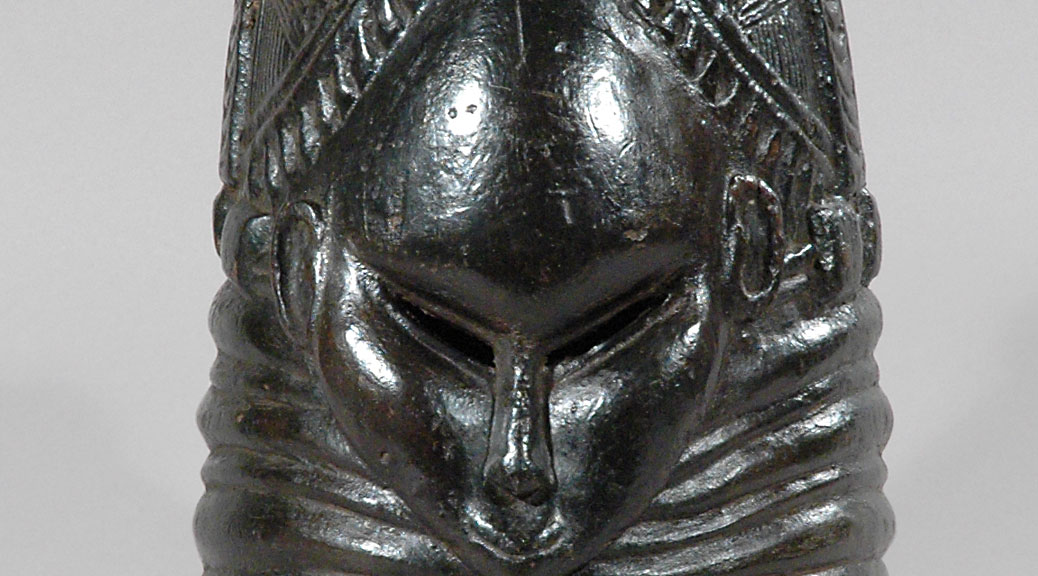 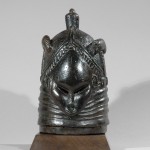 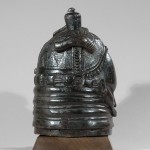 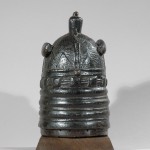 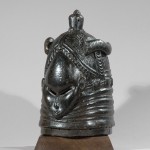 This mask presents an ideal of feminine beauty admired by the Mende: elaborate hairstyle, full forehead and small facial features. The gleaming surface signifies healthy, glowing skin. The swelling fleshy rolls alternating with deep incised lines at the neck or back of the head are considered marks of beauty and a promise of fecundity. The neck is broad to fit over the head of the woman who will use the mask in the female initiation society called SANDE or BUNDU, with several ranks. This society intends to initiate and educate the girls in the knowledge and the respect of social rules and therapeutic rules too. It is almost unique in Africa because it controls the use of these masks, which embody Sowo, their guardian spirit.
Sande officials commission male carvers to produce the mask in secret. The surface is smoothed with the rough leaves of the ficus tree, and then dyed black with a concoction made of leaves. Before use, it is anointed with palm oil to make it shine.

In sub-Saharan Africa, only men are normally permitted on ritual occasions to wear wooden masks. This black helmet mask is worn exclusively by women. The practice of women wearing masks seems to have been brought to several populations of Sierra Leone and Liberia, such as the Temne, Gola and Vai, by the Mende and Mande-speaking people from the northern savanna. Because of the similarity of mask styles and the itinerant pathways of noted carvers, it is difficult to assign some masks to a particular ethnic group.

In the 19th century, the Mende was organized into independent chiefdoms; families and individuals were ranked according to their land-use rights. Industrious rice farmers, the Mende number of approximately two million people. The rituals of their women’s society, called Sande, require the appearance of masked figures. Within such a large population, there are many variations in local practices and carving styles, but there is broad agreement on the nature of the mask itself.

With this confining mask, the wearer (who has to be a good dancer and an official of the Sande) puts on a thick cotton costume covered with heavy fibre strands dyed black. Her dances may last for over two hours. The sacredness of the mask lies in its deeper meaning as a representation of the long deceased founder of Sande’s society. In pre-colonial times, women could hold the position of the chief of a village cluster. Until the 1970s women politicians continued to use the Sande society to support and further their careers in modern government. With increasingly rigorous Islamisation, however, the Sande society is being seriously modified or even disbanded.