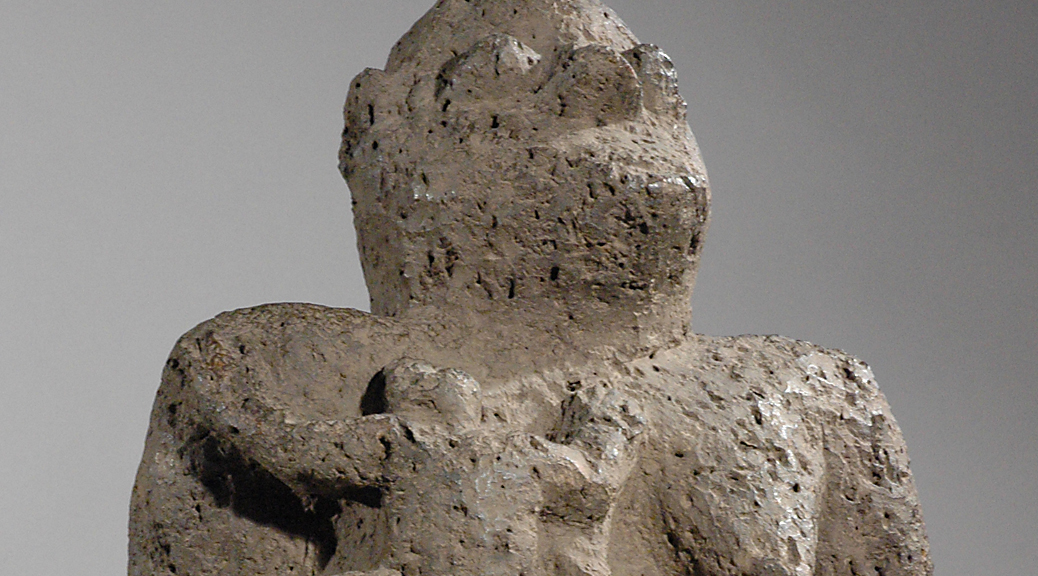 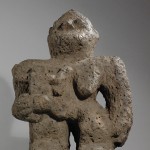 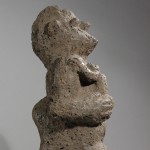 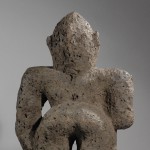 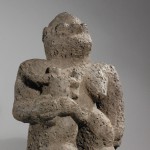 Carved in a Fossilized Termitary

This impressive Nyonyosi or Nioiossi Stone Sculpture depicts a mother carrying her baby on the right arm. She stands straight and her lifted chin demonstrates motherly pride. The admirable forms refer distinctly to the woman figures of the Mossi tribe.

The material of the sculpture is a fossilized termitary and the fossil is dated back to the Cretaceous time in Africa from 145 ± 4 to 66 million years ago and later cut into the sculpture.

Nioniossi (sic) stone sculptures have been dated to the fourteenth century AD on the basis of oral history, with corroboration from inscriptions on the tombs of rulers. A people called Kurumba had established a state, Lurum, in about AD 1350 in the northern Yatenga region of what is now Burkina Faso. When the Mossi invaded the area, many peoples, including the Dogon, fled. The Kurumba remained in their ancestral homeland. They were recognized by the Mossi as ‘Nioniossi’ or ‘the settled people’, masters of the land. Sculptures like these were owned by families or clans. With the exception of the phallic sculptures, the stone figures are abstract or symbolic representations of a deceased person. They provide a home for the soul ‘that which returns’.

Provenance: Collected in the 1970s by French collector in situ in the north part of Upper Volta (since 1984 Burkina Faso).