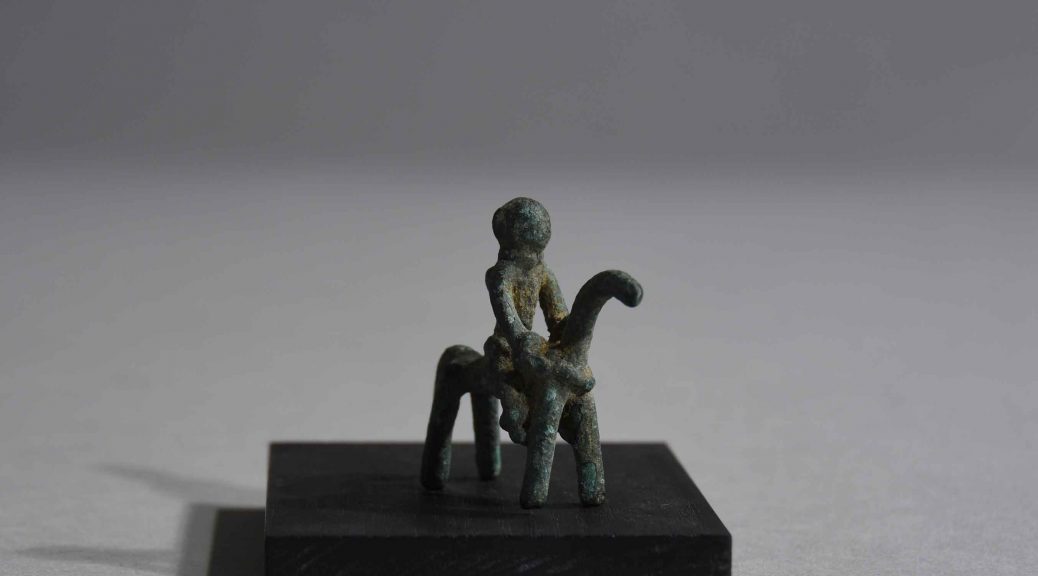 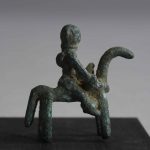 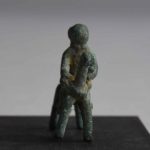 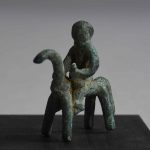 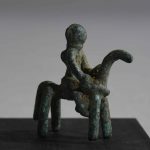 This miniature patinated bronze equestrian figure was found in a burial ground in Wandala during an excavation in 1963.

Note especially the horse’s head, which does not resemble a “horse’s head”, but more like a “dinosaur”, referring to the petrified dinosaur found more than 2000 years ago in an area north of the Chad lake – http://mau.rs/en/past-exhibitions/kotoko-equestrians,-guardians-of-the-soul.html

Condition: Despite age and (or because of) long-standing stay in a tomb, this figure is in an exceptionally good condition.