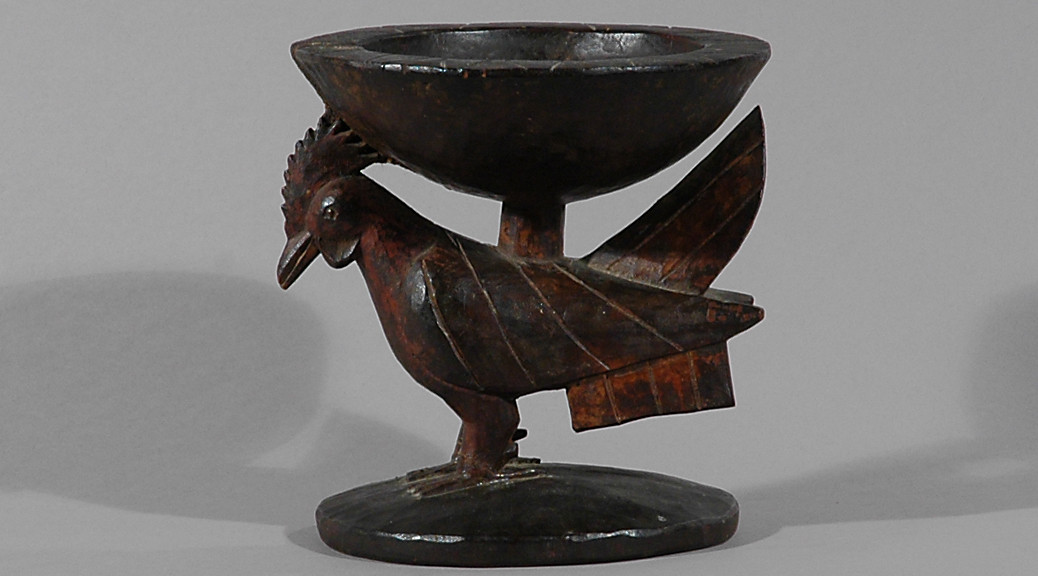 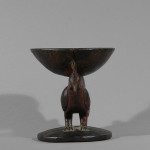 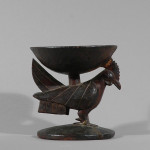 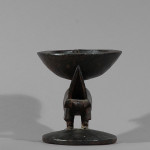 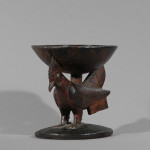 This is a very fine example of a divination bowl. Despite its advanced age and that it has been used eagerly, it is in an extremely fine condition except for a few cracks in the ‘ring’ and the ‘base’ as a result of changing weather. The cracks are only a few centimeters into the wood.

The divination bowls serve for keeping the 16 sacred palm nuts (“ikin”) that are manipulated during the ritual and are used for the questioning of the oracle. During the prophecy, the “babalawo” (priest) spreads the “opon ifa” with flour, throws the palm nuts on the board and generates the oracle from the lines drawn on the plate. The “ifa” oracle is used in whole Yoruba country and similar soothsaying systems are known all over West Africa.