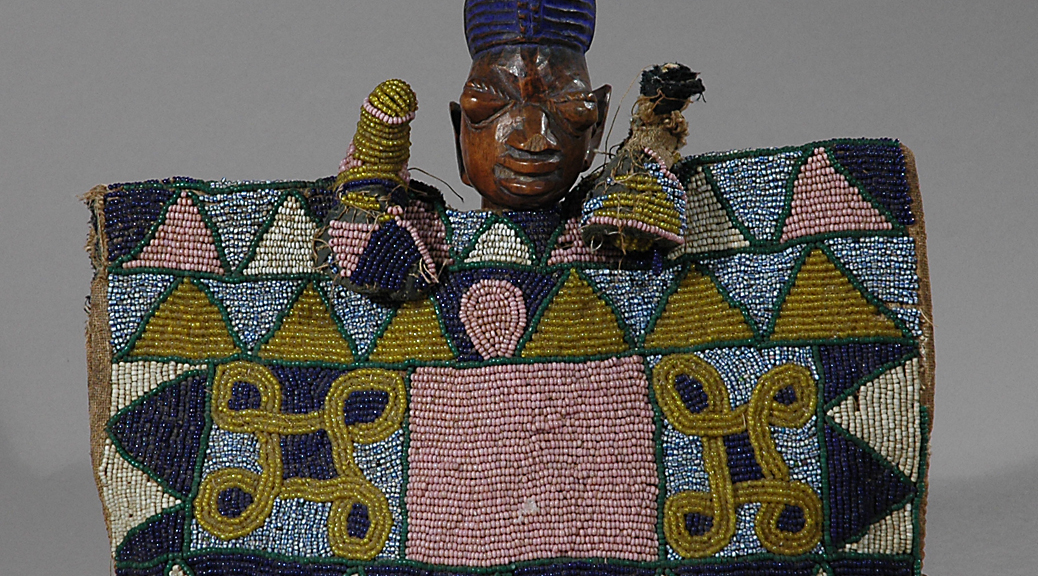 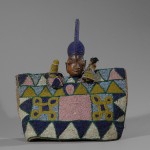 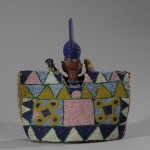 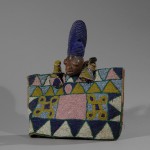 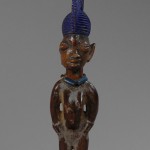 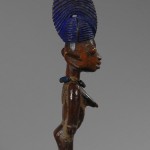 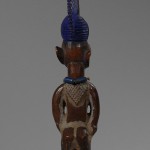 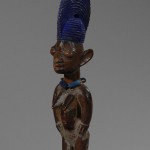 This exceptional specimen of a ‘ere ibej’ figure is dressed in a miniature version of the costume worn by a priest of the god Shango.

The costume is made of several layers of cloth sewn and embroidered with hundreds of polychrome miniature glass beads. A similar example published by R.F. Thompson indicates that pieces like this one was made by the carver Amos Lafia in Ibadan. The glass-bead ornamentation of the costume symbolizes Mpatapo “Knot of pacification/reconciliation”.

The figure rises from a circular base, it has rounded shoulders and arms merged with the upper leg. The schematic female body with back tattoos and a fine chain with blue glass beads around the neck is crowned by a big head with a high classical Abeokuta coiffure, dyed with indigo paint.