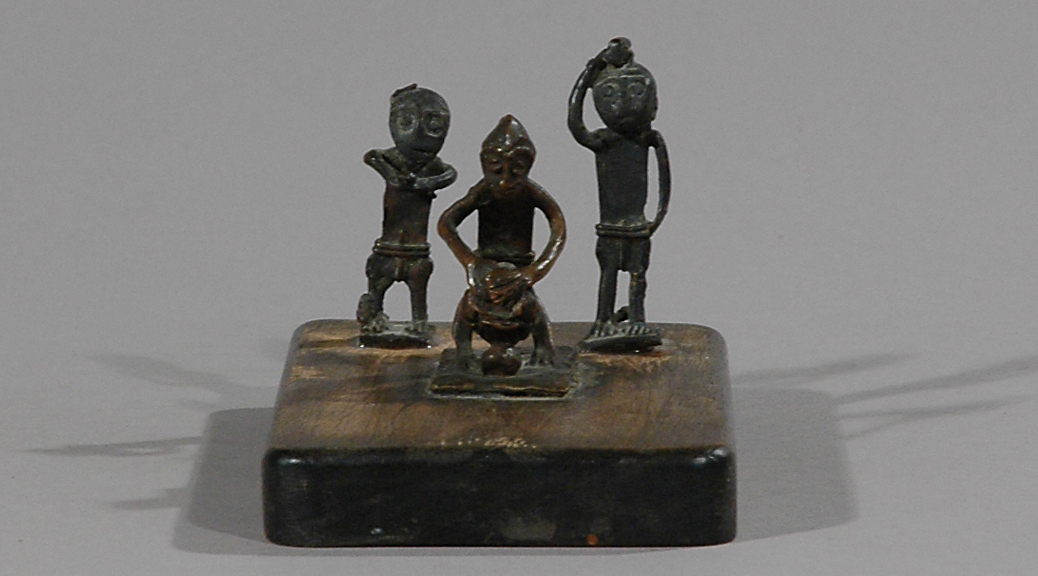 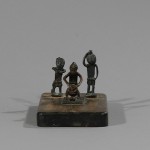 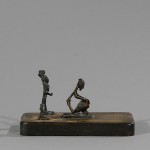 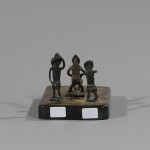 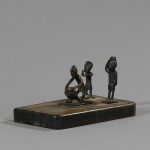 Bronze on a black patinated board of wood

These gold weight figures were used to weigh out measures of gold dust in West Africa before the arrival of European traders on the coast in the late fifteenth century. The majority of gold-weights were created by the Akan-speaking communities that live on the Gold Coast (now modern-day Ghana).

They are made using the lost wax casting method from brass (an alloy of copper) and were associated with proverbs that cautioned people to maintain good communal relations and to respect the authority and power of the ancestors and chiefs.

The caster has accurately captured details of the figures’ clothing and their gestures, all of which help to date this weight to the early nineteenth century.
Gold weights ceased to be used at the beginning of the twentieth century when they were replaced by bank notes and coinage issued by the Government of the Gold Coast Colony.

Provenance: The tableau was a gift to the Danish collector, Paul Dick from his brother, the Danish painter Anton Dich (1889-1935), who lived in Bordighera in southern France and who, together with his friends the artists Amedeo Modigliani and Swedish Ivar Arosenius, collected African tribal art.