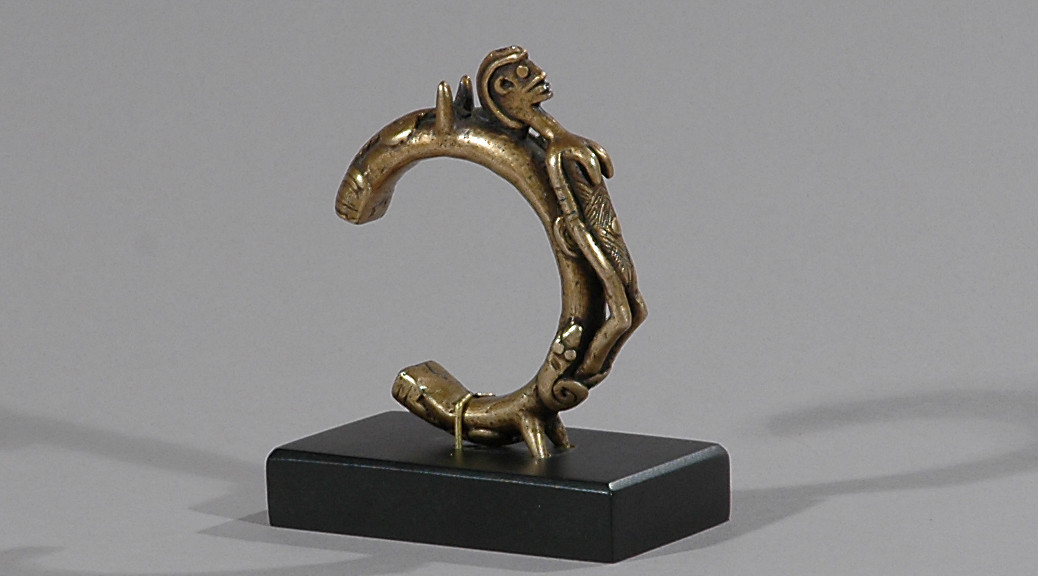 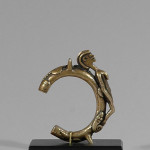 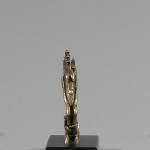 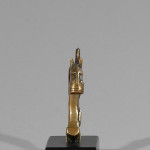 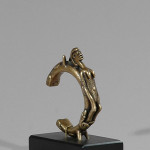 A beautiful sculpture in shape of a bracelet. Dogon woman on the top. The Dogon are an ethnic group living in the central plateau region of the country of Mali, in Western Africa, south of the Niger bend, near the city of Bandiagara, in the Mopti region. The population numbers between 400,000 and 800,000. The Dogon are best known for their religious traditions, their mask dances, wooden sculpture and their architecture.

Literature:
“The Science of the Dogon: Decoding the African Mystery Tradition” by Laird Scranton and John Anthony West (Sep 22, 2006)
Dogon: “Africa’s People of the Cliffs” by Walter E.A. Vanbeek – May 1, 2001