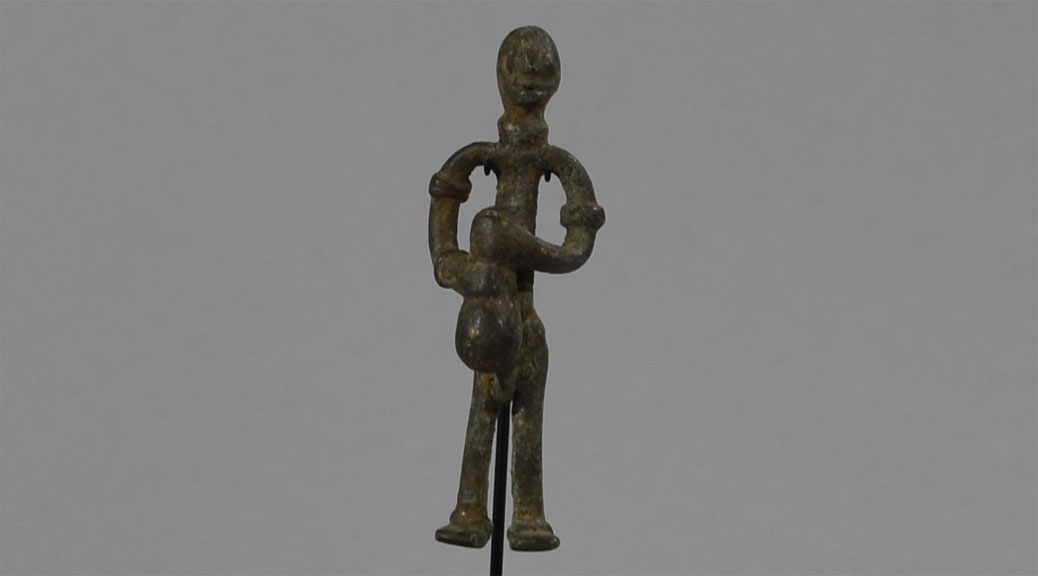 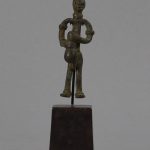 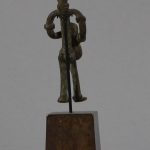 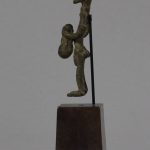 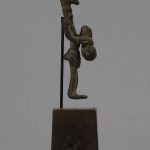 This miniature bronze sculpture derives from the Dogon Peoples from the town of Djenne, Mali at the Upper Niger River. It shows a male figure holding a calabash with water in his hands. This early sculpture from ca. 14th to 15th Century shows the correct ware and patina for its age and is truly a museum quality piece.