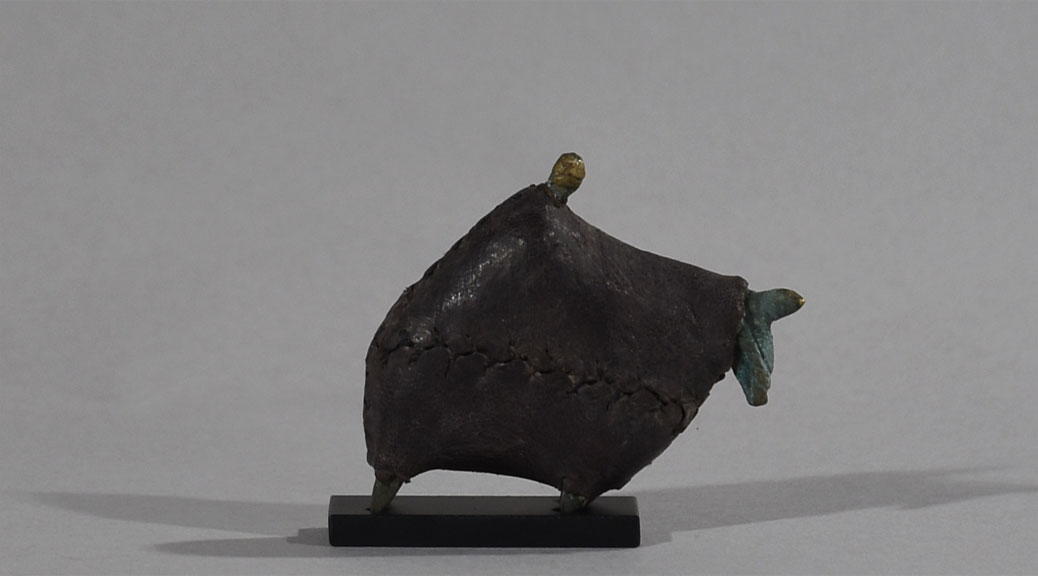 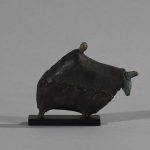 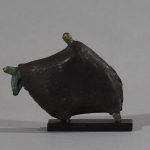 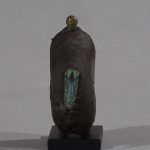 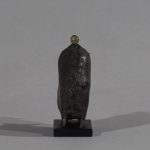 This mysterious figure is a pendant called ‘Putchu Guinadji’ meaning jumper against madness. The function of this leather wrapped bronze figure is to protect the wearer from an act of witchcraft that can lead to abnormal behavior or possession of spirits.

The form of the animal is clearly abstract, due to an uncertainty about the nature of the animal. The explanation is that in the area where the Kotoko and the Sao people lived, exist huge constellations of fossils of dinosaurs, which the people considered had superhuman forces and which they attempted to imitate in these equestrian figures. The first figures found originate from the 2nd Century AD in the shape of imaginative horses, camels or elephants.

The Kotoko peoples’ settling area is in the northernmost edge of Cameroon and adjacent parts of Nigeria and Tchad, counting around 100.000 people. In this area the ancient kingdom of Sao was located, from the 6th Century BC to the 16th Century AD. By that time, they were conquered by the Massa and finally they were absorbed into the Kotoko people, which makes the Kotoko followers of the Sao Empire.

To assure us the authenticity and to find out what is hiding inside the leather wrapping, the Danish National Museum’s experts have investigated and assessed this ‘Putchu guinadji’ talisman. From x-ray photos, the content reveals bronze cast horseman figure. The age of leather wrapping is estimated at about late 19th to early 20th Century.  The hidden bronze figure was made using the lost wax method. The age of this bronze figure, on the other hand, is difficult to judge, but estimated to be far older.

Provenance: Acquired through a Brussels gallery from a private Belgian collection.