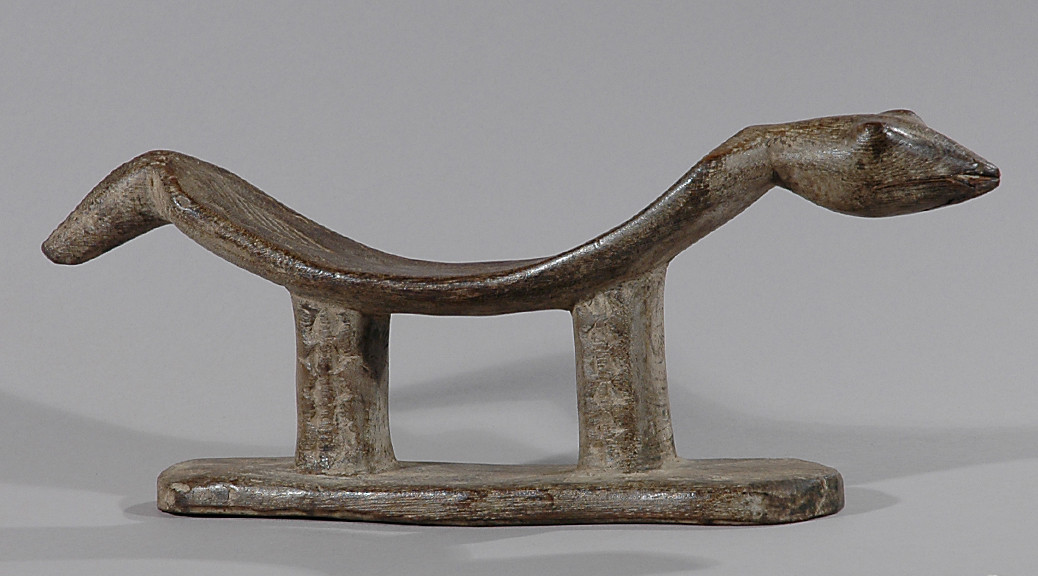 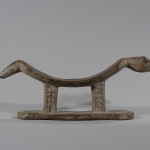 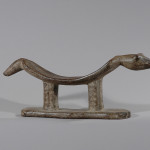 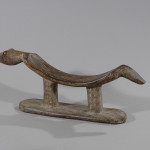 A Dogon headrest supported by a carved animal head in each end. The center has three strong feet resting on an oblong base. This headrest is carved in a hard wood and is in good condition.

Dogon art is not a single fixed style as has been often characterized in discussions of their sculpture, for the age of Dogon art extends to the past as early as the 12th century and continues to be created in the present with a number of sub-styles measured against the core of an identifiable Dogon art and style.The Dogon interchange stylistic elements with neighboring groups producing an interesting hybridism in some of their interesting sub-styles. This headrest/stool may reflects an influence that neighboring groups can have on the well defined core of Dogon sculpture. Scholars do not have enough evidences to confirm if the Dogon have produced and used headrests. Number of them state that most of the headrests attributed to the Dogon were carved by the Tellem, an old population who first occupied the Dogon region. A few scholars support that headrests were carved and used by the Dogon, especially by Hogon priests and during burial ceremonies. The heads on this headrest/stool are similar to these found on some Dogon artifacts.