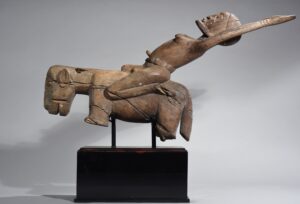 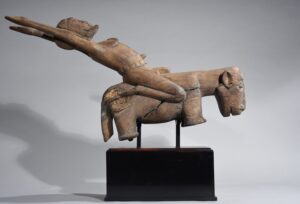 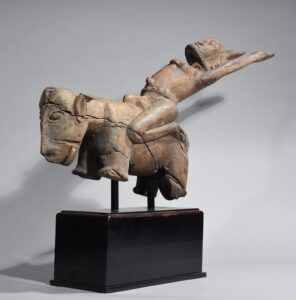 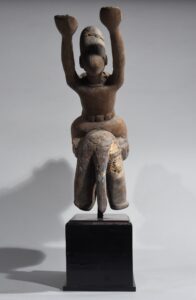 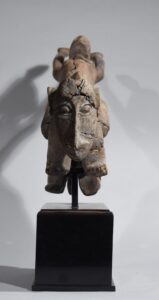 The same gesture that invokes the sky to send rain down can also capture the movement that results in the second important component of a good harvest – seeds impregnated with the vitality of the ancestor ors and binu. “(Art of the Dogon: Selections from the Lester Wunderman Collection, The Metropolitan Museum of Art, New York, 1988, p.59).

Condition: Despite age and clear signs of residence in many weathers, this figure is in an exceptionally good condition and mounted on an elegant custom made base.

Provenance: The figure originates from a French collection and was admired at an exhibition at BRUNEAF in June 2006 from which the gallery acquired.

Literature: “Art of the Dogon. A private collection of Dogon material culture, 2012” by Jan Baptist Bedaux.