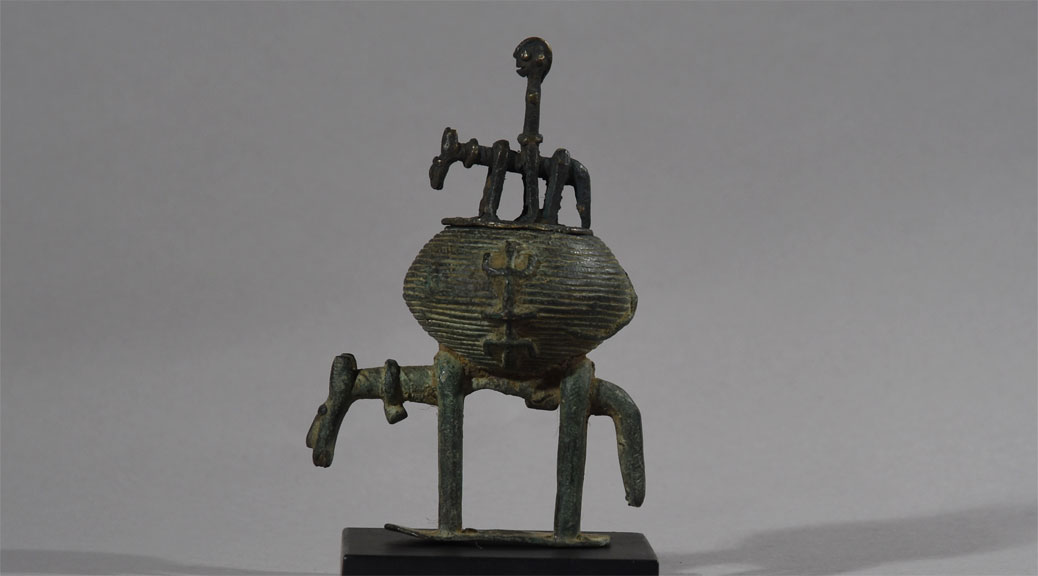 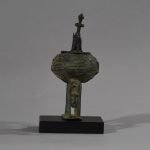 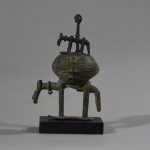 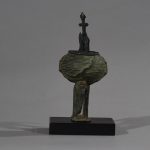 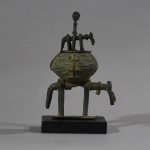 This unusual and artistically shaped figure depicts a container symbolized with a rider on the lid and carried by a horse derived from Dogon tribe in Mali.

The lid of the presented piece is provided with a scene and characters. The dignitary, of an important size, is sitting high and rank on a horse in the middle of the lid. The container itself is decorated with West African motifs and carried on a larger horseback and was made using the old lost-wax method.

These kinds of container were intended to store ‘magical’ ointment but they also had the symbolical function of keeping safe the kra of their owner, in other words, his breath of life.

These ointment vessels played an important role within ceremonies held to maintain the spiritual balance of the owner. After his death, the container was placed in the grave of the deceased, next to his personal belongings.

The lost-wax process, also called ciré-perdue, method of metal casting in which a molten metal is poured into a mold that has been created by means of a wax model. Once the mold is made, the wax model is melted and drained away.