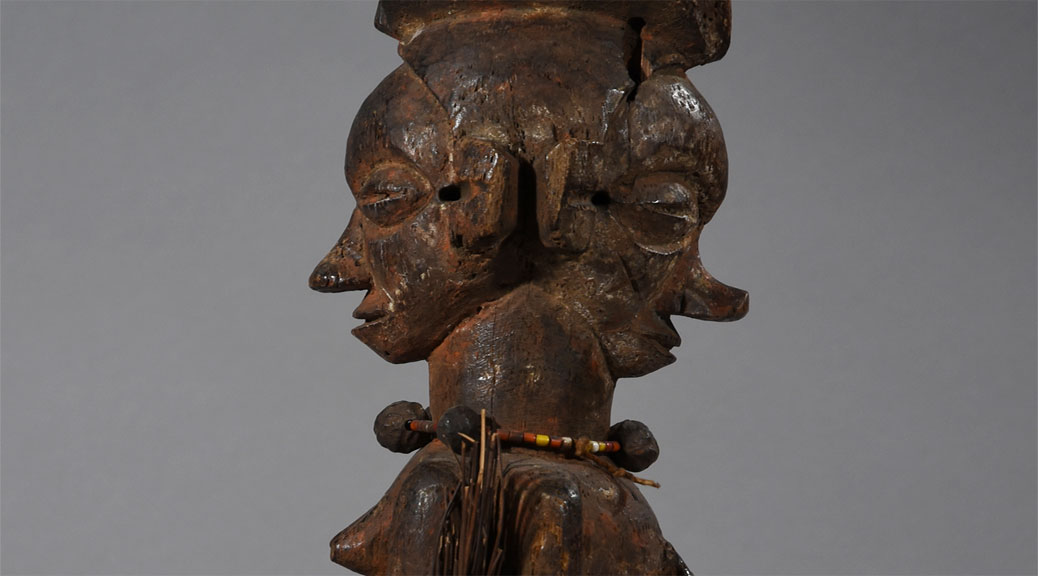 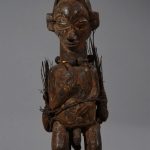 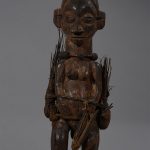 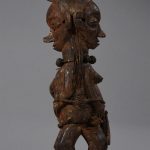 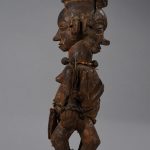 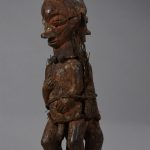 This fetish figure (as called in older literature) or power figure, is attributed to the Yaka people of the Democratic Republic of Congo. This figure would generally be used by diviners in the healing and protection rituals performed by them. They were however used by individuals, families and entire villages too in the fight against evil, to destroy or weaken any evil spirits that were present, to help prevent and even cure sickness, to solidify contracts or agreements between tribes and people, and to repel bad deeds.

The Yaka, and other African tribes, are bound to a strange relationship with power figures, as they can be an ally or an enemy. On the negative side they can be used to invoke illness, to harm or to take revenge by those who have been wronged.  They are normally used in this fashion against witches or sorcerers.  On a positive note, they are generally used as a form of protection from misfortune, to heal and to bring success.

These figures differ from ancestral figures because they derive their powers from ritual use and the addition of powerful or fetish materials (mostly organic). A diviner or holy person would activate the statue, using magical substances. Fetishes gained power and were effective because people believed in them.

Provenance: This figure come from the collection of the late Graf Simon du Chastel de la Howarderie, well known Belgian collector, collected by himself, in situ, in the 1930s.