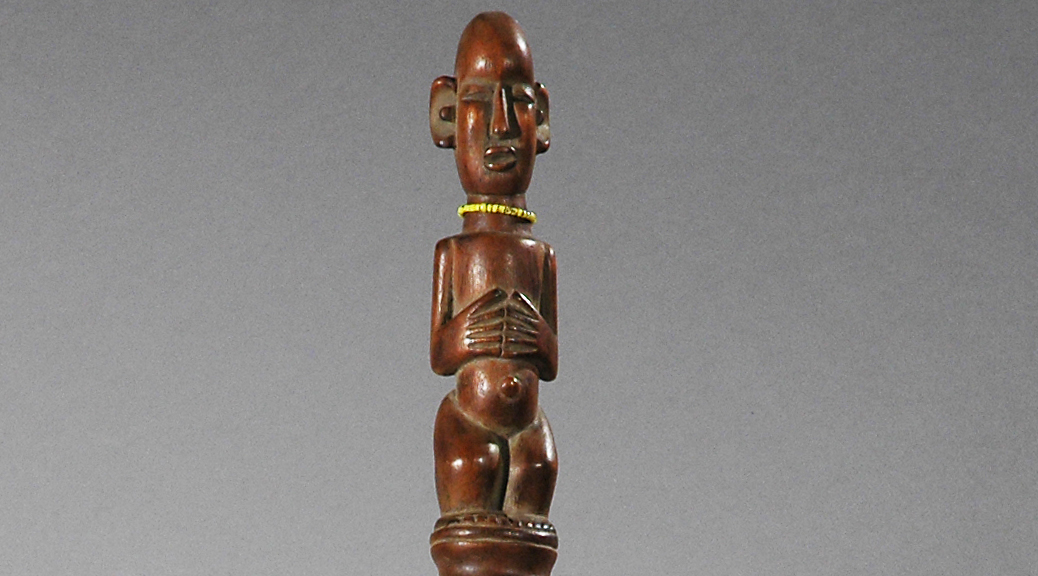 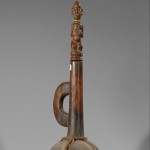 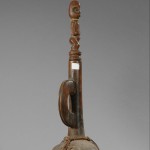 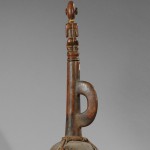 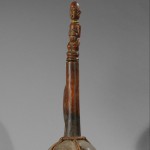 Of the many ritual items in a Grassfields kingdom’s royal treasury is the Ceremonial Palm Wine Vessel. These containers were used exclusively by the Fon (chief) to store palm wine served on ceremonial occasions. The ritual consumption of palm wine was considered a sacred activity and reinforced the Fon’s spiritual and political power. Palm wine was also an essential component of sacrificial libations to the ancestors.

This example features a long-necked calabash attached to a tall cylindrical basketry base. The carved wood stopper has a male person wearing a glass beed necklage. The gourd ‘body’ has engraved diamond-shaped pattern.

Diamond-shaped motifs on the sides represent the frog, a symbol of fertility and increase. Their presence on the container conveys the idea that, with the support of many people, a peaceful and prosperous kingdom is possible.