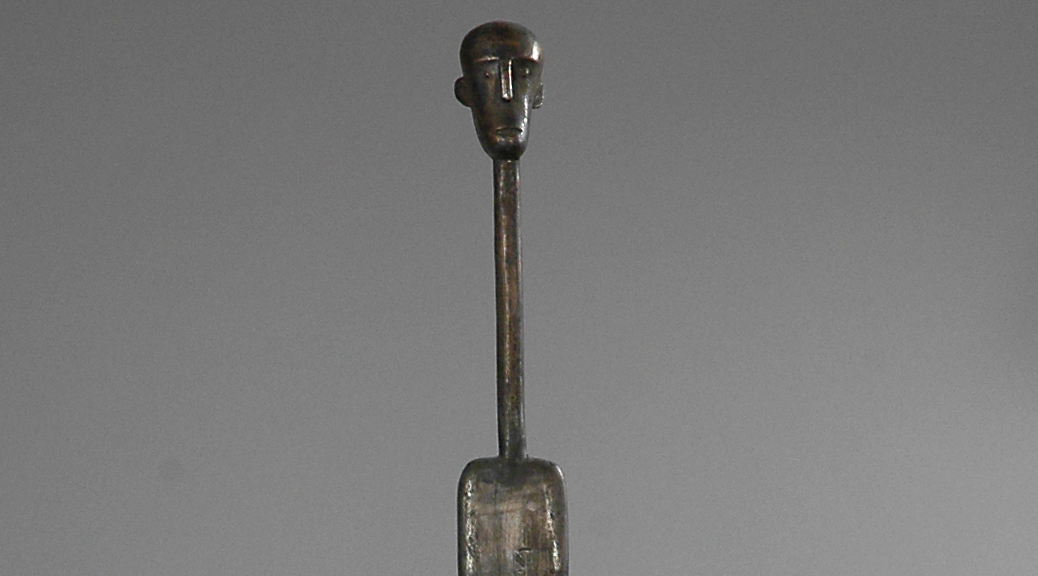 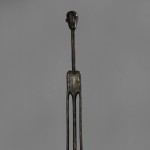 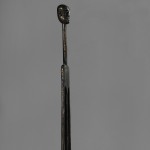 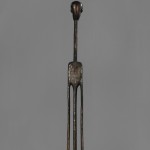 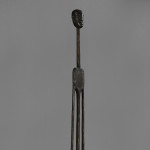 Nyamwezi carvers are famous for their “stick” figures carved from a dark hard wood. They tend to be very thin of stature and have elongated features with the face divided into two planes and most times, eyes inset with circular white beads. These exaggerated figures with lengthened arms and legs were used in water divination ceremonies. Our chosen set features a male and female pair, crafted from a usually rich hardwood; one that is rarely used in the construction of these figures.

These ‘sticks’ figures are normally between 145-165 cm (55½ – 63 inch). This unusual bronze figure moulded from an original male Nyamwezi ‘stick’ figure is 190 cm. He is part of a couple female-man and is one of 5 copies.

The Nyamwezi people inhabit the land south of Lake Victoria. Nyamwezi or Nyamwezi, whose name means ‘Men of the Moon’, are the largest ethnic group living in Tanzania, with 500,000 people. Though they are large in number, socially they are organized into villages which corresponds to small chiefdoms. Each chief is responsible for the material wealth of the village, while the village sorcerer governs the spiritual welfare of the villagers. Protection of each family comes from the cult of ancestors, which plays an important religious role in the life of the Nyamwezi people.