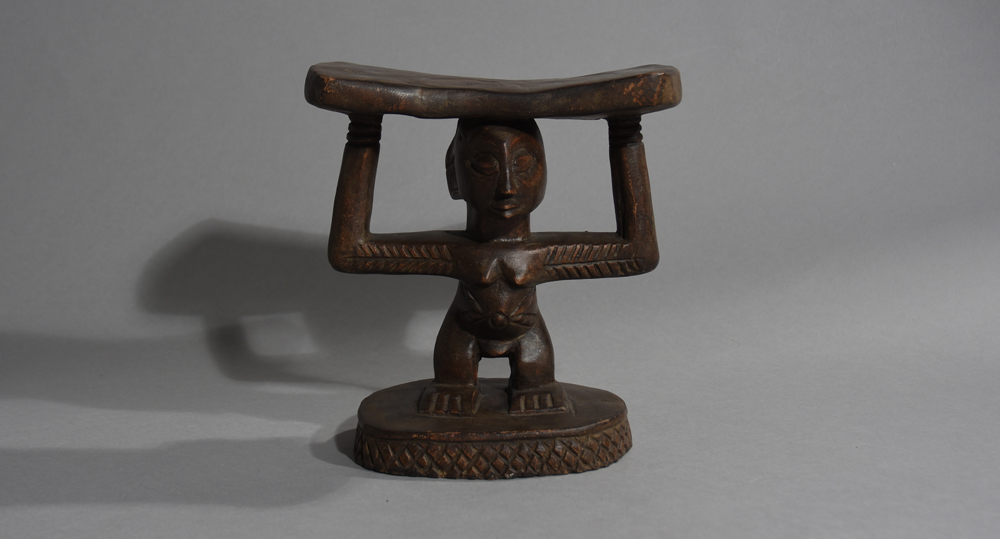 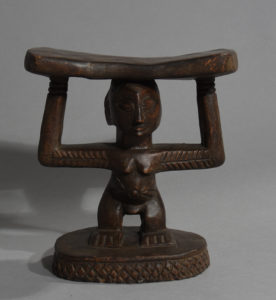 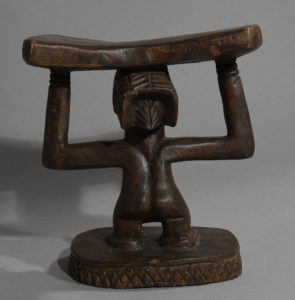 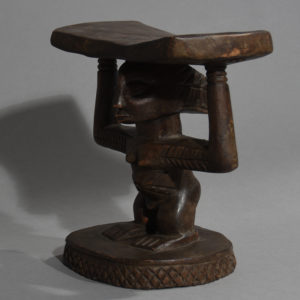 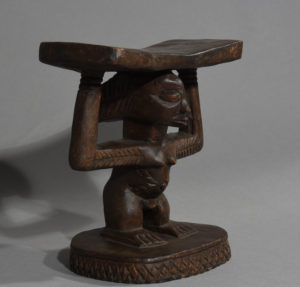 This powerful figure, supporting a stool, was probably introduced in the 19th-century Songye art of nearby Luba. This is one of a small group of stylistically similar stools with a muscular female figure with scattered solid footprints, short muscular legs, and perpendicular arms and hands carrying the seat. The face with the typical ‘pointed’ facial expression. The hairstyle is nicely arranged in Luba style and by the decorative scars of the typical tribes on her stomach. A very charming, small piece with good, shiny patina. They probably served as symbols of rank and authority, though some may have been made for a European clientele.

Provenience: Acquired from Danish artist’s collection who lived in Paris 1952-1996 and bought it from a Parisian gallery during that time.

Reading: Luba leaders trace their ancestry to a dynasty of sacred kings, and Luba royal seats are intended to replicate an original seat of office owned by the progenitor of this divine lineage. Such works associate their owner with the source of his legitimacy.

Despite their functional form, royal stools are never used for sitting but, rather, are sacred insignia preserved within a king’s palace. They serve as metaphorical, not literal, seats of kingship. The design of Luba seats of leadership may either be abstract or figurative. Those incorporating female caryatids give expression to the Luba conception of the female body as a spiritual receptacle that supports divine kingship. The aesthetic refinement of the female body through elaborate skin ornamentation and coiffure serves as a metaphor for the civilization and refinement that Luba rulers disseminate within society. (Quote about a similar chair at the Metropolitan Museum of Art).