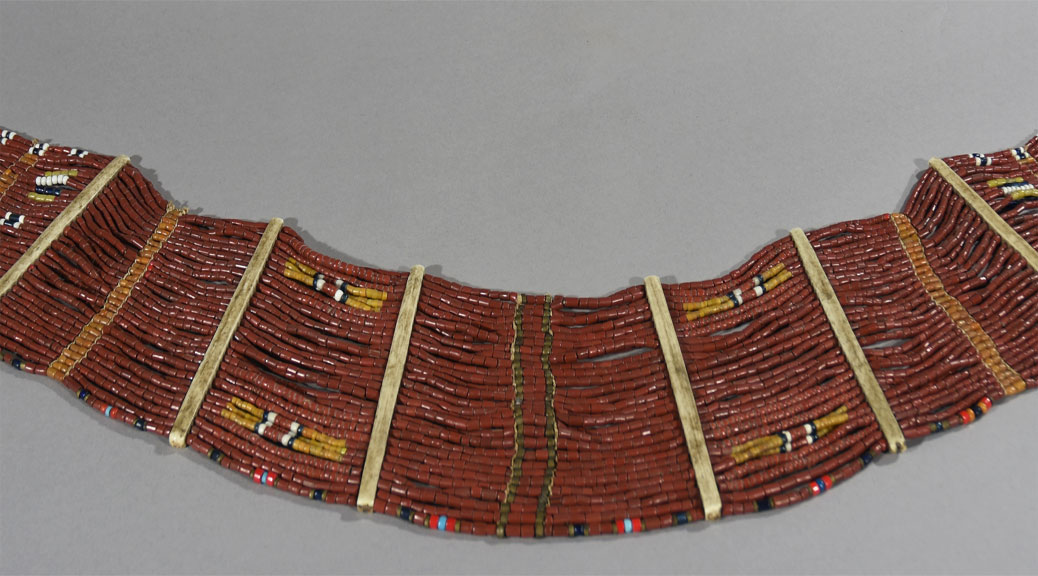 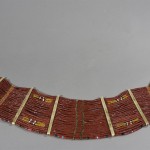 This is a very fine, antique glass bead belt in white, red, various shades of brown, blue, light green, yellow and white. The beads are on 29 strings on a plant fiber cord with ten Rhino Bone.

The piece is in overall good condition for its age which is estimated to be from the late 1900th Century. This piece of attire was once the only item worn by the girls of the lower Konyak when the British first made contact.

Provenance: Acquired in situ by a Danish collector in the early 1960s .