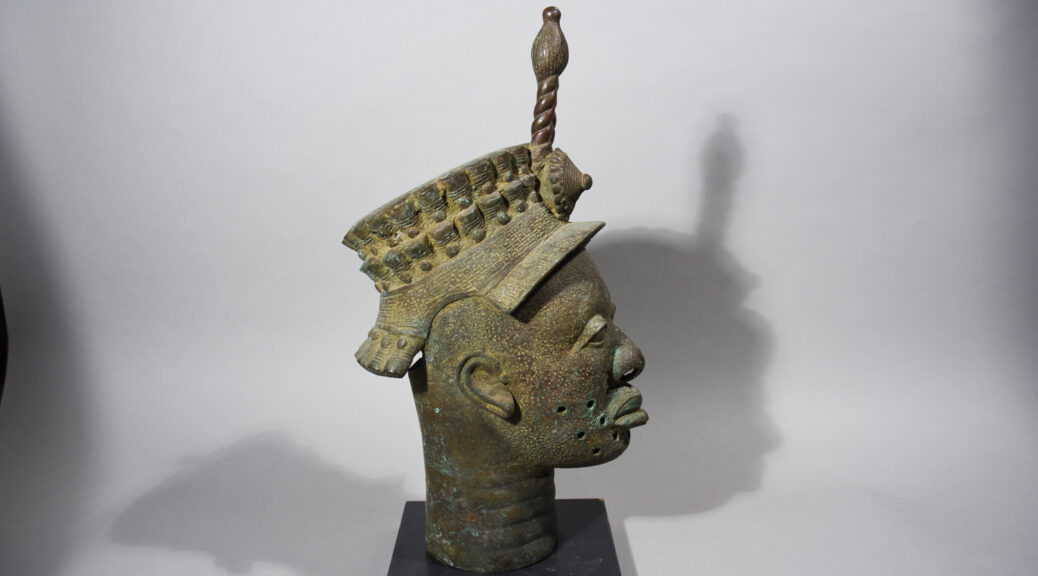 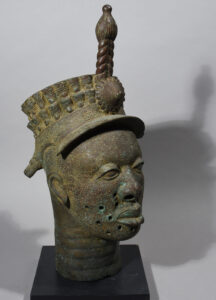 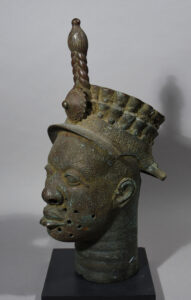 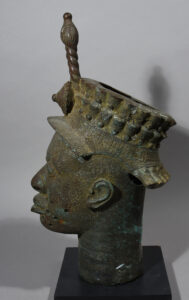 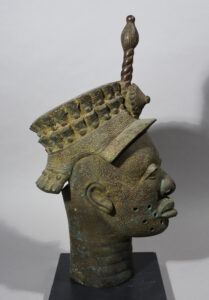 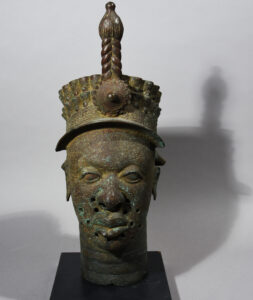 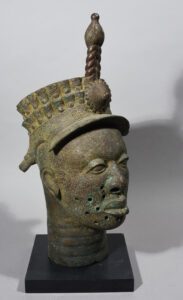 This impressive bronze Ife head is a demonstration of a sophisticated sculpture culture found among the Yoruba people of Ife in Nigeria and depicts a royal figure of Ile-Ife’s heraldic branch of the royal family. Probably from the Yoruba Oyo royal family, part of the Bini royal family.

The Yoruba people regard Ife as the place where their deities created humans. It was created in the thirteenth century, long before any European contact with the locals. And the realism of the objects and sophisticated craftsmanship challenged Western notions of African art at the time.

This bronze head is designed in a realistic and sophisticated style and executed by royal bronze casters using the lost wax technique. The artist has designed the head in a very realistic style. The face showing facial features of a powerful and very markedly profiled leader with dilated nostrils and swollen lips and the characteristic  royal headgear consists of a crown composed of layers of tubular beads and tassels.

A comb tops the king’s crown with a rosette and a cloud. The lifelike reproduction of sculptures from the medieval Ife is characteristic of a unique African art that goes back several centuries.

When the first Ife heads appeared in the Western world, experts did not believe that Africa had ever had a civilization capable of creating artifacts of a quality highly developed in relation to Western craftsmanship.

Subsequent excavations in Nigeria have provided scientific evidence for the existence of a metalworking culture and bronze artifacts dating back to the 9th or 10th century.

Condition: This very old but well-preserved bronze sculpture appears with a thick layer of verdigris brown-green surface. Despite age, there is no damage to this impressive bronze king head.