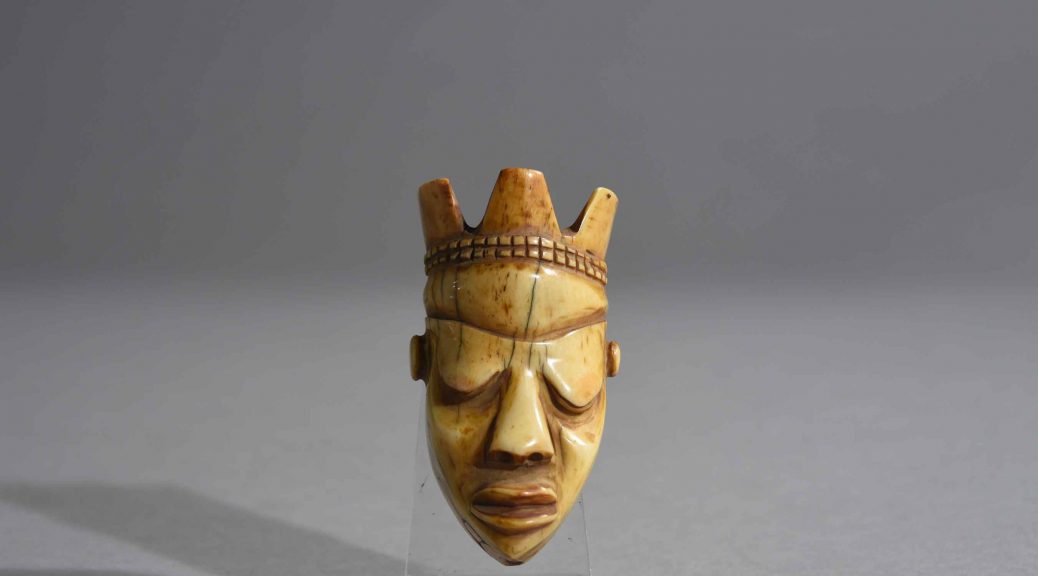 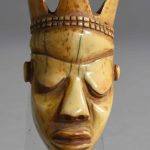 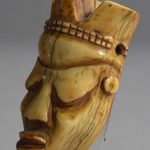 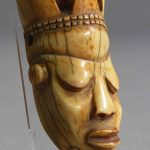 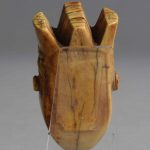 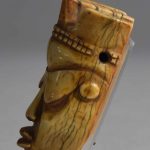 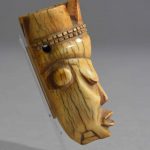 This fine, old ‘Ikoko’ ivory pendant figure has a beautiful yellowish patina due to age. Stylistically it is cut as a ‘Mbuya’ chief’s mask with traditional hairstyle with three jags, closed eyes with hanging eyelids, ornamented headband and with holes for suspension.

Among the West Pende in western Congo these protective amulets made of ivory and other material were very popular.This ornament and amulet is reminiscent of a ‘Phumbu mask’, which always represents a chief in the mask dances of the Pende people.

Age: First third of the 20th century. According to the heirs it is collected in situ around 1950th.

Provenience: Belgian private collection. According to the heirs collected in situ about1958.