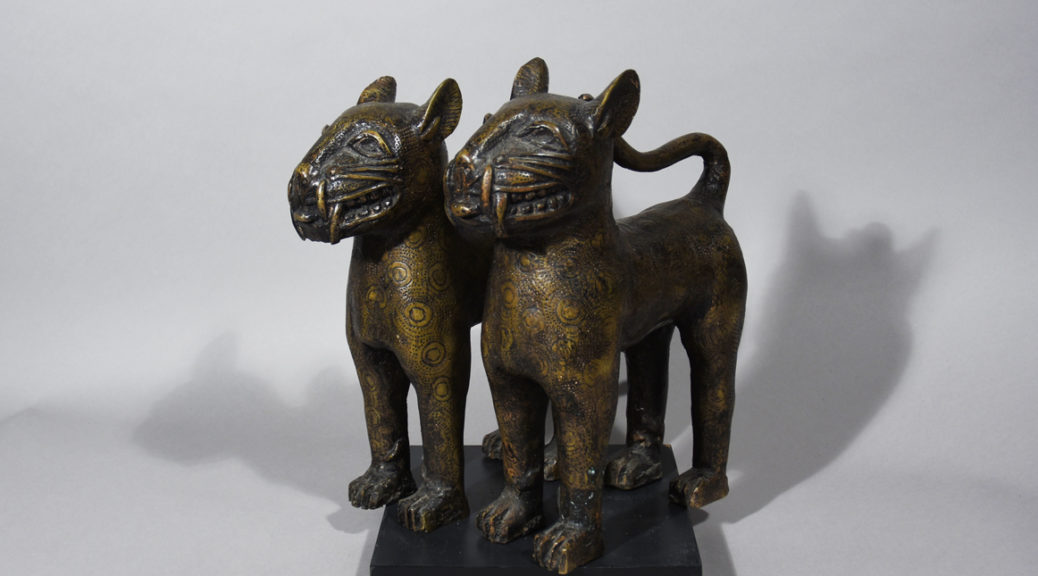 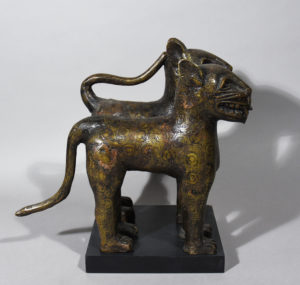 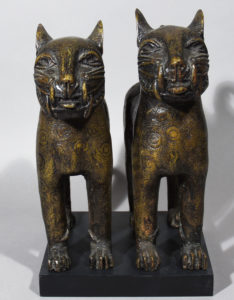 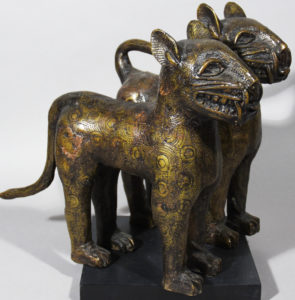 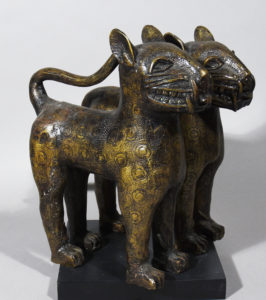 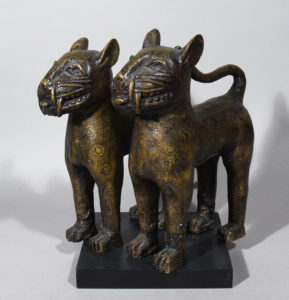 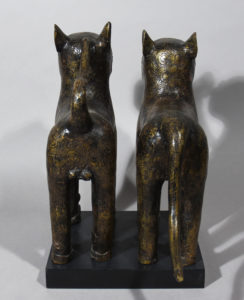 The Benin Kingdom was strong throughout the 15th and 16th Centuries and was located in West Africa bordering what is now Nigeria and Togo. Benin Clans were ruled by a King which was known as the Oba and who was the divine ruler of the Benin people. The people of Benin are called Bini and are descended from the Ife peoples. The making of these Benin bronzes were strictly considered court art and were made exclusively for the palace of the Oba and were designed to venerate the achievements and memories of the Obas and their Queens also called Iyobas or Queen Mothers who ruled throughout the time of the kingdom. The bronze founders were very talented and used complex wax casting techniques which were far ahead of their time. Their work in bronze, copper and iron was extremely refined and their methods of metal melting, forging and lost wax methods exceeded any seen in Europe until the 19th century. Lost-wax casting sometimes called by the French name of cire perdue (from the Latin cera perduta) is the process by which a brass or bronze sculpture is cast from an artist’s carving usually made from wax. Very intricate works can be achieved with this method, depending on the carver’s skills.

The majority of everyday Benin objects were made for and associated with court ceremonies. The figures of a leopard were the sole property of the Oba – the leopard was the royal animal.

Judging by the size, this leopard pair has been traditionally exhibited inside the Oba King’s palace along with figures of family members and great war heroes and military personalities.

Condition: Despite their age, this leopard pair is in exceptionally good condition. The fine and delicate leopard markings stand with a dark brown bronze glow. No damage or defects in the figures.