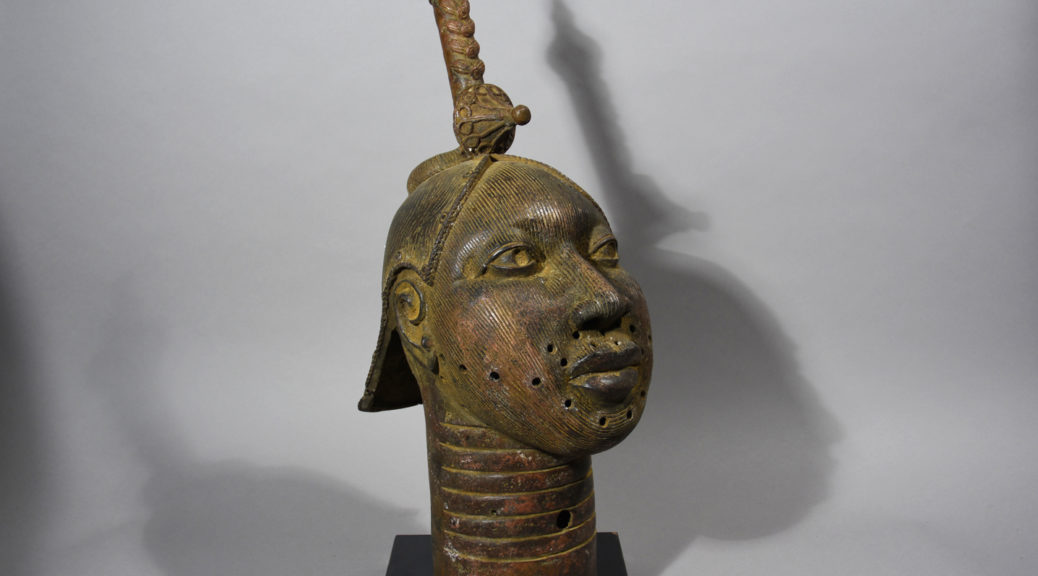 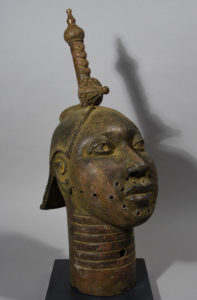 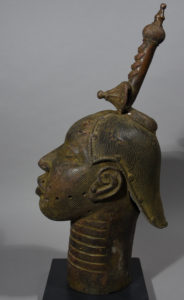 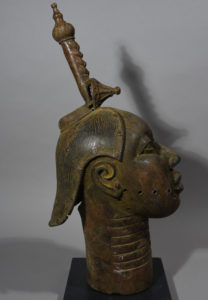 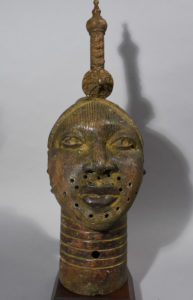 This Ife bronze head from the Yoruba people of western Nigeria is an excellent example of their handiwork. The Yoruba reached their artistic pinnacle between 1100 – 13oo AD. This bronze cast represents Odududwa, who is said to be the progenitor of the Yoruba people.

The head is very similar to the one of eighteen copper alloy sculptures which was found by English archaeologists in 1938 at Ife in Nigeria, the religious and former royal centre of the Yoruba people. It is believed to represent a king. It was probably made in the thirteenth-fourteenth century AD, before any European contact had taken place with the local population. The realism and sophisticated craftsmanship of the objects challenged Western conceptions of African art at the time. A year after its finding, the Ife Head was taken to the British Museum.

When the Ife heads first appeared, many experts compared them with the highest achievements of ancient Roman and Greek art. When Leo Frobenius discovered the first example of a similar head it undermined existing Western understanding of African civilization. Experts could not believe that Africa had ever had a civilization capable of creating artefacts of this quality. Attempting to explain what was thought an anomaly, Frobenius offered his theory that these had been cast by a colony of ancient Greeks established in the thirteenth century BC. He made a claim, widely circulated in the popular press, that his hypothesized ancient Greek colony could be the origin of the ancient legend of the lost civilization of Atlantis.

Provenance: From the heirs of a private collector in South Africa. Where the collector got the head from is unknown.

Condition: The head is in perfect condition and appears in a dark patinated copper-bronze color. Small bumps in the forehead and a quite small hole. A hole in front of the neck to mount a flower broche and a series of small holes around the perimeter of the mouth was made for attaching a beard of glass beads.