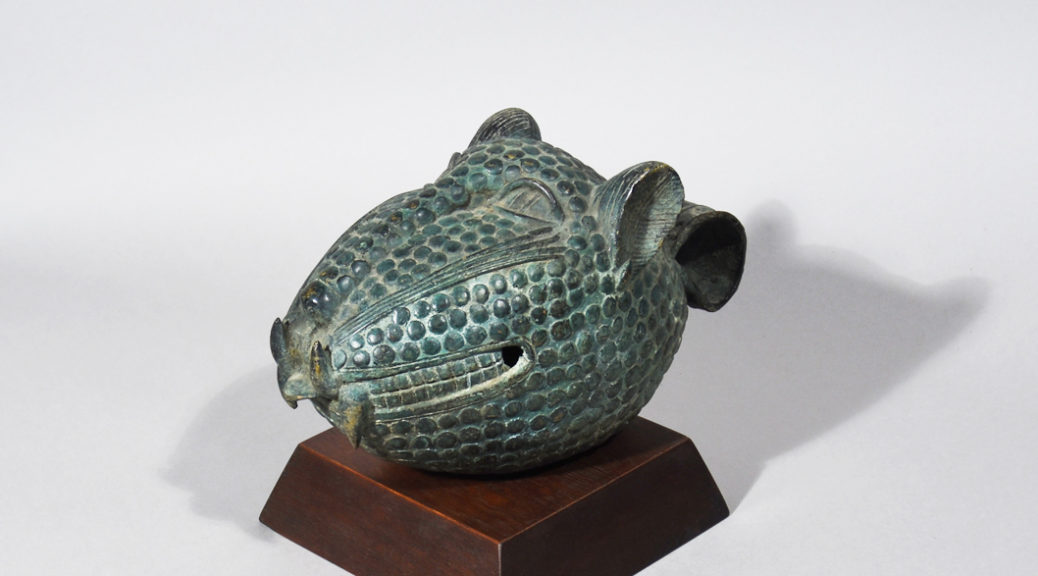 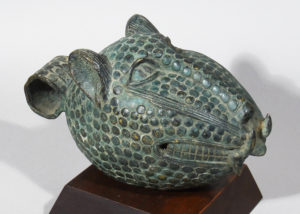 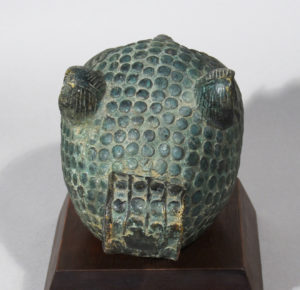 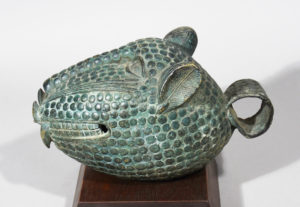 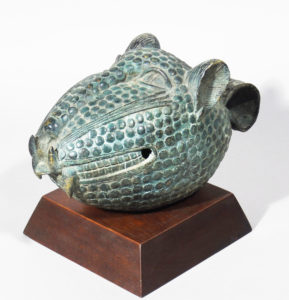 This dramatic and at the same time beautiful bronze leopard head is a royal icon and were often used as royal water vessels. Water was poured from the mouth over the Oba’s hands in cleansing rituals. Or they were kept on royal altars.

The bronze founders were incredibly talented and used complex wax casting techniques, which were far ahead of their time. Their work in bronze, copper and iron was extremely refined and their methods of metal smelting, forging and lost wax methods exceeded any seen in Europe until the 19th century. Lost-wax casting sometimes called by the French name of cire perdue (from the Latin cera perduta) is the process by which a brass or bronze sculpture is cast from artists carving usually made from wax. Very intricate works can be achieved with this method, depending on the carver’s skills. Most everyday Benin objects were made for and associated with court ceremonies. The figures of a leopard were the sole property of the Oba – the leopard was the royal animal.

This leopard head may also be exhibited inside the Oba King’s palace along with figures of family members and great war heroes and military personalities.

Age: Although similar to much older works, this is est. early 20th C.

Condition: Despite their age, this leopard head is in exceptionally good condition. The fine and delicate leopard markings stand with a dark green verdigrises bronze glow. No damage or defects in the figures.

Provenience: Belgian private collection (acquired by international auction according to the heirs).